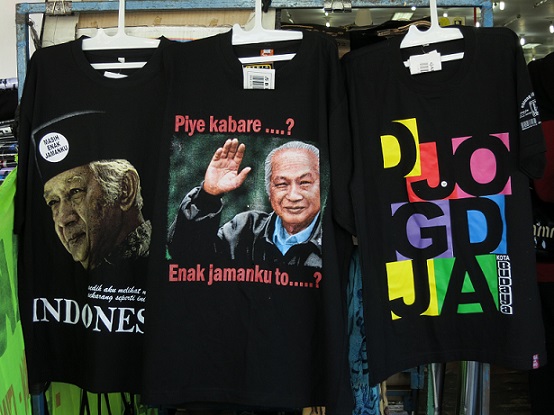 I watched the Act of Killing again today, so I'll post on it again - why not. It's a film that is ostensibly about the slaughter of communists in Indonesia in 1965. But at the same time it's the story of a man called Anwar Congo. He's one of the killers - it's about his discovery of self through the making of the film by director Joshua Oppenheimer. Or his performance of the above through the making of the film by director Joshua Oppenheimer.
But the very subject of the film is tremendously sensitive - the official line is that the communists were cruel and evil and so had to be killed, when really it was the government and military that were cruel and evil. To circumvent this problem, Oppenheimer tells Congo and his fellow gangsters ( in the government-sanctioned Pemuda Pancasila organisation) that he is making a film about them.
So within the overall film there are multiple narratives - there is the official Indonesian government narrative of what happened in 1965, there is the gangster, narrative, there is a hidden official narrative (this is the one that permitted Oppenheimer to make his film), there is the victim's narrative, there is a narrative of truth, a narrative of realpolitik and a concealed emotional narrative that is gradually pealed back as we witness the transformation of Congo's mindset as he re-enacts his brutality.
But this final narrative is disguised and distorted by other narratives - the gangsters know that people are looking at them, and perhaps they act according to that look - but then their vanity gets the better of them and the narrative of the film they think they are making overtakes them.

Throughout the film, there are other layers - the fear that is acted out by the people performing in the film within the film is not always acted - it's sometimes real. The gangsterism and extortion we witness in the film is part of a wider commentary on how authority and power create it's own moral narrative. The victims here are purportedly communists, but this could be any victim of power anywhere in the world. Though peculiarly Indonesian, the themes of the film are defiantly universal.
But the thing is - it all comes through this character, Anwar Congo - he's the front of the film, he's the one in whom the contradictions are played out. So although there are economic, political, religious, ethical and psychological layers to the film they are secondary. That's why the film works. Because we feel we know who the players are, even though we don't actually know who the players - perhaps because we don't know who the players are.

The film's too long, it's not edited that well. it's patchy. But it's amazing and it's laugh-out-loud funny in the absurd venality and self-delusion of the film's main players. It's  a film where new layers emerge with each viewing.

The man who oversaw the massacres was General Suharto. He became president till he was nudged out in 1998. But his memory is being resurrected - as you can see in this story here.

An absolutely fascinating film in so many ways, with its stories within stories- each both hiding and exposing the truth to the lie.

One of the most fascinating and "enlightening" scenes was also one of the most straightforward- the scene where the strongman went about extorting money from the local Chinese vendors. I've seen many an extortion scene in a feature movie, menacingly portrayed by Hollywood's finest. But here was the real deal, in real time, with the real players- anything but Hollywood acting. And yet behind the very real threat of violence- acting was what it was all about...

The market scene nails it - and is also a contemporary commentary on the Indonesian political and economic scene.

The question for us is who are our "pemuda pancasila", who are the socially sanctioned gangsters that intimidate and threaten and abuse society - and with what legal and verbal tics do they disguise themselves.

I always look at the James Nachtwey picture of the guy getting his throat cut in a Jakarta alleyway - which I've seen captioned something like muslims killing a christian.