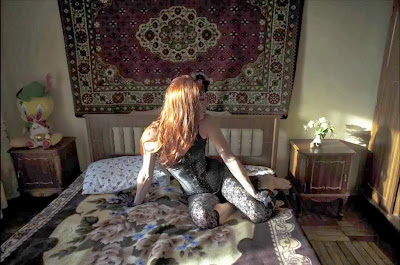 This is a day late, but better late than never. This is a post on the photography of  Nazik Armenakian but is also about visibility and silence by Aenne Pallasc. Read it in full here.


Today is the Transgender Day of Remembrance. This year, at least 238 trans people have been murdered - and this count does not include the numerous cases of suicide after transphobic violence. We need to remember them - "We can't bring back the trans people that have lost their lives but we can stop the body count increasing." (Ava Vidal)

It is an innocent, curious approach that Armenakian takes there - the equation of visibility with establishment. It is only fair when you read her describing her confusion when she first met these sex workers, and found her notions of 'male' and 'female' were seriously challenged. She overcame her first shock, began talking to the women, learned their stories, shared their stories. It's a beginning, and sets a good example not only for her Armenian compatriots, but to everyone. To end with Ava Vidal: "You don't have to be personally responsible for anyone's death, being complicit by remaining silent is bad enough. Be better. Do better.
Posted by colin pantall at 10:24