Ransom Riggs: Author of the Best-Selling Photobook of the last 3 years?

Where pictures come from, where they go to? That seems to be the subject of this blog half the time and it tangentially connects to posts like this one by Julian Richardson on how commercial pictures are made and what happens when

All of these things matter!

I gave a talk at Paris Photo last week on this subject. It used four examples to examine where pictures come from, where they go to and whether it matters.

You can see the ten-minute talk here.

It touched on four sets of photographs; the archive pictures of Ransom Riggs, the work of Joseph Rock, my Sofa Portraits and my German Family Album. 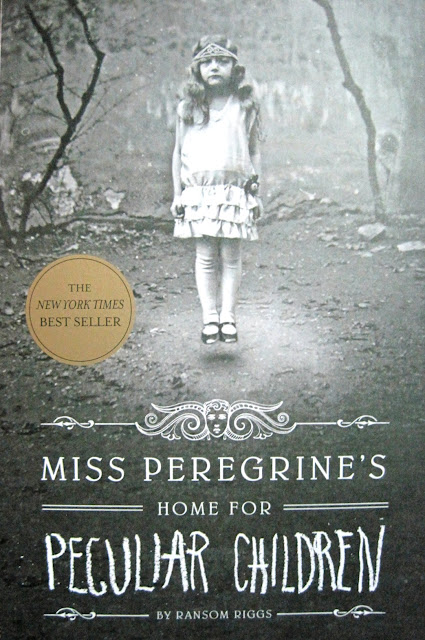 Ransom Riggs is a collector of archive/vintage/found images (like the Archive of Modern Conflict, or Joachim Schmid) but while people in this particular corner of photoworld are often familiar with those people and their fabulous work, very few (outside North America) seem to have heard of Ransom Riggs,

I find that really curious. Because Ransom Riggs is, in numbers at least, by a million miles the most successful person working with archive pictures, he communicates the most with pictures, he has the biggest audience, has sold the most books, and has produced the most recognisable photographs.

But he doesn't figure on the kind of nichey-nerd blog I write or in photography magazines. Not at all. He's outside this one particular corner of the photography world. But he's not outside another world. Perhaps that's why he's sold 1.5 million copies of his book and been top of the New York Time Bestseller list. With a book based on vintage photographs!

Oh my Giddy Aunt! How many? I think the cut-off point for end of year best-photobook lists is 3,000. After that we get all snotty and shirty about the numbers. Or is that just me?

The basic story is this; Ransom Riggs used vintage photographs to create a novel, Miss Peregrine's House for Peculiar Children and the follow up, Hollow City. His images of odd children helped him develop characters and he gave those children supernatural powers based on the picture (so Hugh, pictured below with the two dolls, has the power to animate the inanimate and dead).

In the books, the pictures are part of a collection, part of an album. So the books are about a fictional album made up of non-fictional vintage/found photographs. And these pictures are used to develop plot lines. So when he was writing his books and he got stuck, he'd shuffle through his pictures and get inspiration. So the picture below shows Fiona who has the power to grow things really quickly and is fully tied into the text of the book as a picture; it's taken out in the book, it's looked at in the book, it is fully part of the book - as a fictional photograph with a fictional character called Fiona who has the fictional power to grow plants and trees.

There is a huge influx of fiction into photography at the moment (Max Pinckers, Cristina de Middel for example) but Riggs fuses fiction and photography ( David Robinson's wonderful Mushroom Picker does the same in a different but really beautiful way).

What's interesting here is how the pictures he has chosen get a new life in his book. Again, we have a book where a device is used to make people slow down and really look at the pictures. The device is the text. And the book is not a photobook, it's a novel, but one where there are numerous pictures that are absolutely central to the story, where the text is accessible and entertaining (sorry W.S.), and where image and words connect to the benefit of both.

However, though the pictures gain this new life, an identity that is intricately tied to the rollercoaster narrative of the books, their original identity is lost. Who these people really (am I allowed to say really?) are, where these pictures were made is, for us the reader/viewer, completely irrelevant. It's lost. The original identities are wiped away, they are killed!

So words, texts, bestseller lists, photographs central to the book, yes, go on, it's a photobook as well. Why not! But one that nobody in photobook land has ever heard of, including me until quite recently. Fascinating!


There were lots of great talks at Paris Photo (and thank you Urs Stahel for inviting me and Chantal Pontbriand for the introduction). There are lots of talks to watch here, but I was on with these guys and it was lovely to meet them and hear them talk on Japanese photography, archival conflict, language and photography and duck architecture amongst other things. Watch their videos here.