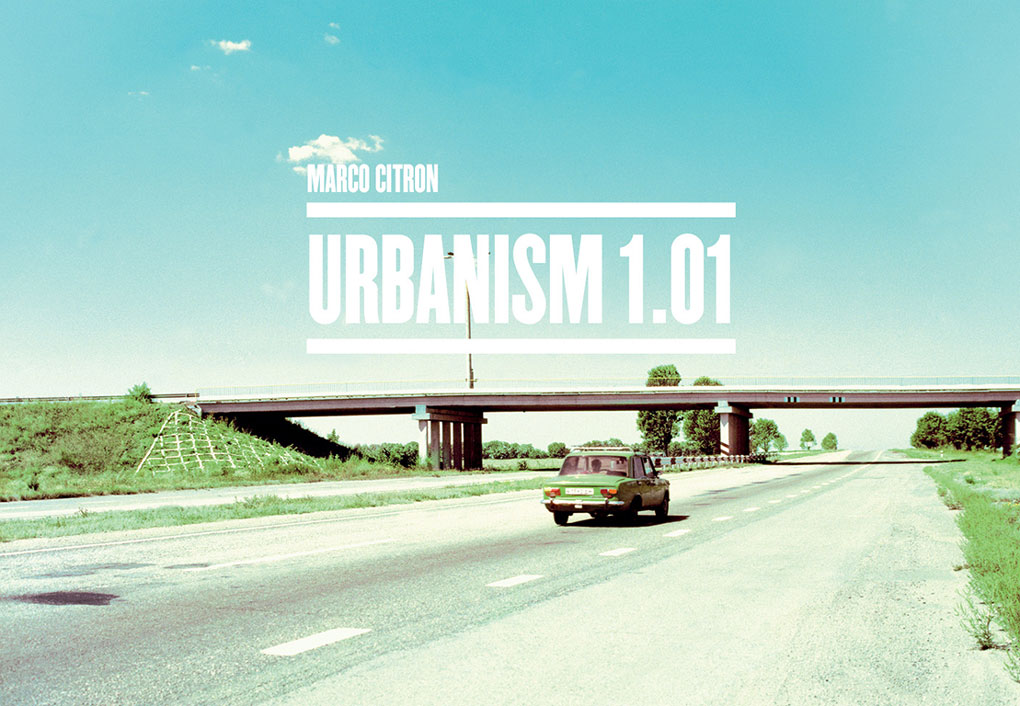 I have a postcard on my shelf at home. It's a picture from Goa, India. It shows the beachfront at Miramar.In the middle of the picture is a Standard Herald MKIII, driving across sand-streaked tarmac. The colours reds are desaturated and the picture bounces with 1970s Indian Modernism.

Strangely enough it's not that dissimilar to the pictures in Marco Citron's Ubanism 1.01. But where my postcard is of a veritable tropical backwater shot in picture postcard style, Citron's book consists of a series of pictures of the brutalist architecture of the former Soviet Union.

Urbanism 1.01 is a small book. It doesn't have fold-outs or tip-ins or pop-ups. It's simple, functional and fits perfectly into the hand. Which is fitting considering the subject matter; functional architecture and functional cars, all processed with a saturation-heavy, reds-down (or something like that) processed palette that makes the pictures look like they come from the 1970s rather than the last few years.

The pictures do look like they are postcards from lands that time forgot, and they are great. They are like those corporate real estate ads you see around new developments; but come to life and then died again. Brutalist architecture, roads and retro cars all on post-millennium streets. It's hard to believe they aren't from a different age these streets are so empty and devoid of anything but the most ancient-looking of automobile - it must have taken a lot of patience to get the streets populated just so.

The book opens with a picture of a hotel (I think) rising above parkland sits in a cyan-blue sky then continues to an apartment block with concrete pods tagged on the side. There's a Lenin, a glass-fronted corporate or government HQ and a railway station hall. Well, those might be all those things, I don't know, I'm just guessing. The annoying thing is that though there is an informative essay by Gerry Badger at the back of the book that focusses on brutalist architecture, there are no captions to give the pictures a sense of place.

That's a shame because I'd quite like to know where these buildings are and what they are. Is the picture of the low-rise building with the mural and three flagpoles out front a school, a police station, a clinic, a laboratory or what. And when was it built. Some of the buildings look old, some look new, some are built in the service of the state, some are corporate headquarters and some are built purely for profit and gain. I'd like to know which, but then again, why bother knowing when you can guess.

And that is what the book ends up being - a guessing game. Where are these buildings (former Soviet Union - where's that? Belarus?), what are they for and what do they represent. So the purity of the pictures comes to the fore and you end up using them as a kind of evidence; pictures of buildings, roads and cars as evidence of a culture, an economy and a means of control.