The Retirement of Steve Gerrard: It's like the death of film

While in Liverpool I went to see Steve Gerrard's last game at Anfield. The tears flowed, the emotion was high and Liverpool got hammered by Crystal Palace. But still, it was like the ending of an era, right up there with the death of Gracie Fields or the last appearance of Ena Sharples on Coronation Street. That's the 1970s vibe that Steve Gerrard has.

Anfield didn't have that 1970s feel to it.  It was only Gerrard, running around like a dynamo wormhole that took you back into a place where Jimmy Saville and Gary Glitter were top of the pops, Starsky and Hutch were the height of fashion sophistication and food was something that was fried with salt on it. Times were that good!

It was an era when football was dirty and ignored by politicians. It wasn't even hated yet, it was simply irrelevant.

Going to football in those days was like a 50p psychoanalysis session where the catharsis would come through the despair, the rage, the celebration and the constant stream of abuse. You'd stand there crushed up next to a cast of unwashed characters who would live out the frustrations of the daily lives on the terraces in a myriad of different ways and watch the offside trap, the back pass and the head butt be played out in all their variations by kids from England, Ireland, Scotland and Wales and nowhere much else. It was piss-streaming-down-the-back-of-the-stands grim and there was no pleasure involved. The football was terrible too. As terrible as it is now with the added value of players who were eating pies (we didn't have kebabs in the 1970s) and been on the piss the night before.

Pleasure didn't come into it, nor did hospitality or comfort. It was all asbestos, crumbling concrete and watered down bovril. Now it's clean and corporate and it costs £50 to go to a match with security officials eyeballing and pointing at anyone who so much as hints at a bad word. It's more or less safe and more or less enjoyable and far less offensive. You get to sit down and you actually see the football.

I look nostalgically on the old days of decaying stadiums, standing in the pissing rain with the threat of violence ever present, but wonder if actually what looks and sounds like absolute shite was absolute shite.

I was trying to explain this to my family when I got home they asked me exactly in what way it was better. It they had been photographers, I would have said it's the difference between analogue and digital; the 1970s was analogue and now is digital. And for the purposes of this blog post and nothing else, analogue is better. Long live film! It's not the same with digital. Film has soul! Film is real, pixels aren't. Viva film! Fuck digital. Money grubbing digital bastards!

That kind of thing. 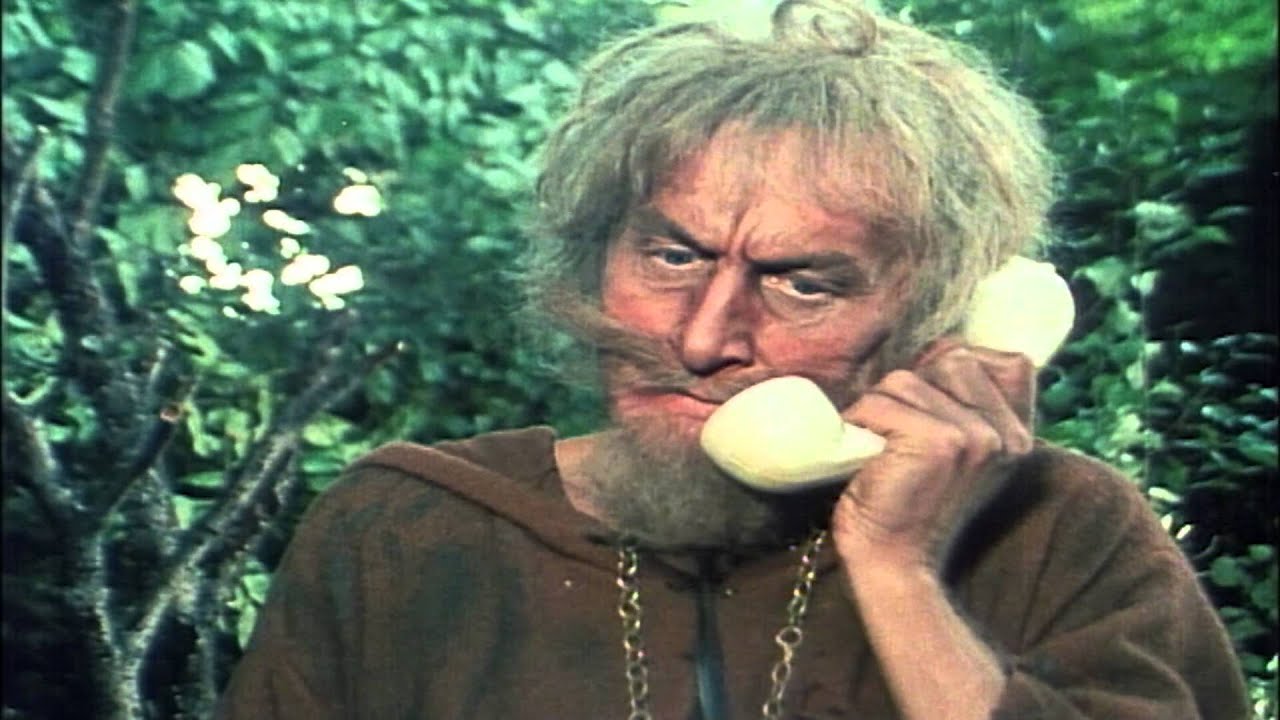 But they're not photographers so the best I could do was say that football in the 1970s was like Catweazle compared to a 21st century boxed set. Catweazle is a 1970s TV show which involves a wizard who travels from the 11th century to an England where there are televisions, tractors and telephones - which he mistakes for magic. It's rough and ready but it has a heart and soul and a sense of place and a time. It's Stevie Gerrard.

As opposed to something contemporary like Breaking Bad, a programme that is very well-made, but so unfeasibly plotted (why didn't someone just kill Walt and put us out of our misery in Series 1) with so many unlikeable characters that it should be remembered only for the hat worn by Walter White, a hat that only Bono beats in the hat stupidity awards.

In footballing terms, Breaking Bad is Ronaldo, on the surface full of power, skills and vision, but as a human ultimately shallow and without a soul.

But Catweazle. Ah... A wizard who arrives in the future in a dew pond (something Jem Southam photographed). What could be more perfect than that? So even if the 1970s were rubbish, chaotic and makeshift they touched something that the scheduled to the minute, inoffensive, corporate-skinned present never gets near.

Catweazle arrives in the future in a dew pond I was almost with you... till you dissed Breaking Bad.

Because Catweazle is totally feasible!

Or are you suggesing that Jem Southam is Catweazle?

Jem Southam is better than Catweazle.

I watched the whole series of Breaking Bad and it annoyed me like mad and I couldn't stand Walt - so I like to diss it whenever I can :-) I'm sorry.