Boas Noites: Can you make a photograph without any mediation? 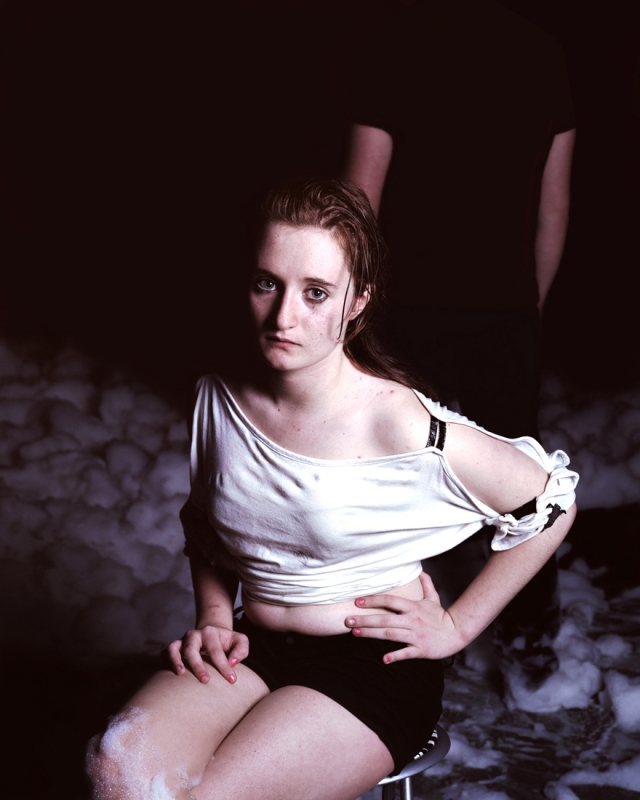 Jesús Madriñán Boas Noites is a book of portraits of teenagers and young adults taken during the gaps between drinking, dancing and hanging out. They're shot in rural Galicia in Spain and as a whole they are very nice portraits in a very nice book.


'Gestures, attitudes and expressions are directly drawn from what each subject choose to show or hide, without any mediation or conditioning on the artist’s side.' 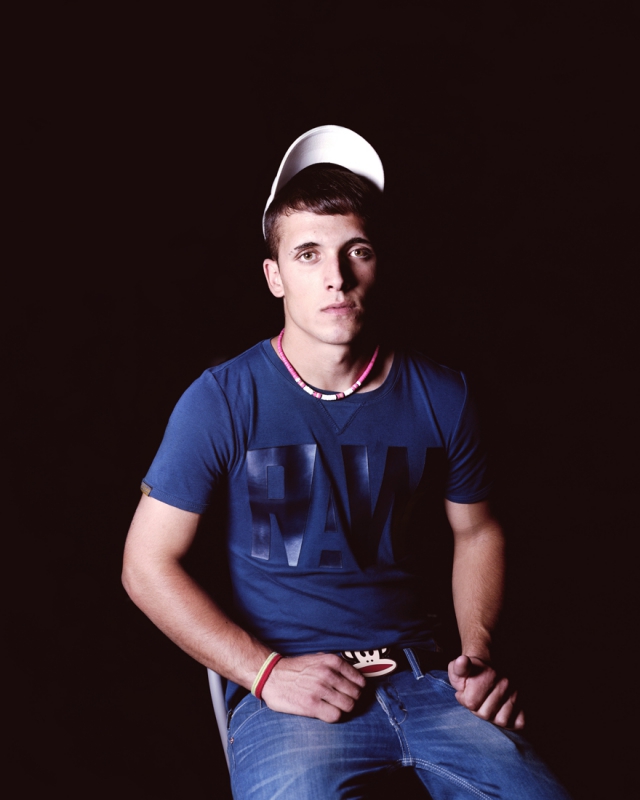 That's what it says but that's probably a bit disingenuous. No mediation? Really? These are edited pictures, they are the ones selected and they are shot in such a way that you only see part of the picture.

So you don't see the boundaries of the interiors (which probably look as crappy as the interiors of any rural gathering of rural youth, be it in Spain, Latvia or Ireland), but then neither do you get the individuals isolated against a white backdrop or a suitably derelict wall. It's not Richard Avedon in other words.

Of course sometimes there's a reason for it. Sometimes you get the feeling that the statement is for the people who are photographed. I think my favourite 'I'm just photographing what I see, I 'm not doing anything, this is reality' project is David Magnusson's brilliantly creepy Purity - another example of a project focussing on teenage ritual - of a sort.

In Purity I wanted to create portraits so beautiful that the girls and their fathers could be proud of the pictures in the same way they are proud of their decisions — while someone from a different background might see an entirely different story in the very same photographs.


Which is rather a case of Magnusson being modest. He's shot the pictures on barren looking landscapes (there's a bit of bible-desert-satan symbolism going on there that might be a nod beyond the beautiful), with the hands-on dads looming over their daughers, and some incredibly symbolic background going on; is that nodding donkey adding to the natural beauty of it all, and it's delightful how that cross looks like it belongs in a graveyard.

It's a great project, but it's not what Magnusson says it is, and I would hazard a guess that he knows it. The statement is not for us, it's for the people in the photographs. Anyway, here is another article on the project.

Similarly, in a less spectacular way, in Boas Noites, you do get to see what's going on, or who's going on, in the background, even if you don't quite know where you dealing with.

So it's all about the who, and the shadowy figures in the background kind of define where and who these people are.

There are lots of great works that show the where and the who of people and places. Raimond Wouda's School is one of the best examples of this, it's artlessly lit large format pictures capturing both the energy and the dynamics of Dutch high schools. This was work that was of interest to more than just the photographic community. I remember showing it to a UK student (non-photography) who had gone to school in Holland and he was fascinated, instantly rolling into the dynamics of ethnicity and place to analyse both who was in the picture (She's Moroccan, she's Kurdish...) and where the picture was taken.

In Boas Noites, the definitions are more shadowy. The people in the hot seat (and very often it is a hot seat - there's some mediation for a start) start off isolated, but then begin to be defined by the figures in the background; figures who point, drink, laugh but mostly just stand there with their check-shirted backs turned.

Then there are the clothes and the poses and the expressions. The dress is mostly Spanish casual, hot weather wear for parties. The poses are varied. There are ill-advised hands on hips (but not as ill-advised as some of the ones in Purity Balls), hands in laps, hands together, hands holding a rose and one guy holding up the two fingers. The expressions are serious - there is a sense that somebody did tell people not to smile (more mediation - though one guy is giving the old smile a bit of a go) because these are photographerly faces. They're not Instagram faces or Selfie faces, they're serious photography faces.

But they are good faces which are given a sense of life by the shadowy flickers of energy we see in the background. These portraits are moments of stillness from a flow that we can see they will return to after the shoot is over.

I don't know if you can take an unmediated photograph. It doesn't really make any sense to talk about photography being unmediated. A photograph is what it is pure and simple, it is a thing free of value, or ethics or moral content. The value comes into how it is made and how it is shown and how it is seen.

In Boas Noites, Madrinan is trying to remove that value from his own input, but that is probably doing himself a disservice. He creates a feeling and a mood, and he links individuals to the social circumstances he finds them in. There's a whole bunch of mediation going on and it's very skilfully done.

There are many people who make photobooks that aren't mediated so well, in which decisions aren't made, choices aren't taken, viewing is left up to the viewer - where there's a sequence of images rather than a narrative anchored to a story. These kinds of photobooks are never very good, because photography is about communication, making choices, and not being random.

And in a world full of random photobooks,  Boas Noites is not random.


Buy the book here
Posted by colin pantall at 08:00