The Children who Lived and Died in the Forests 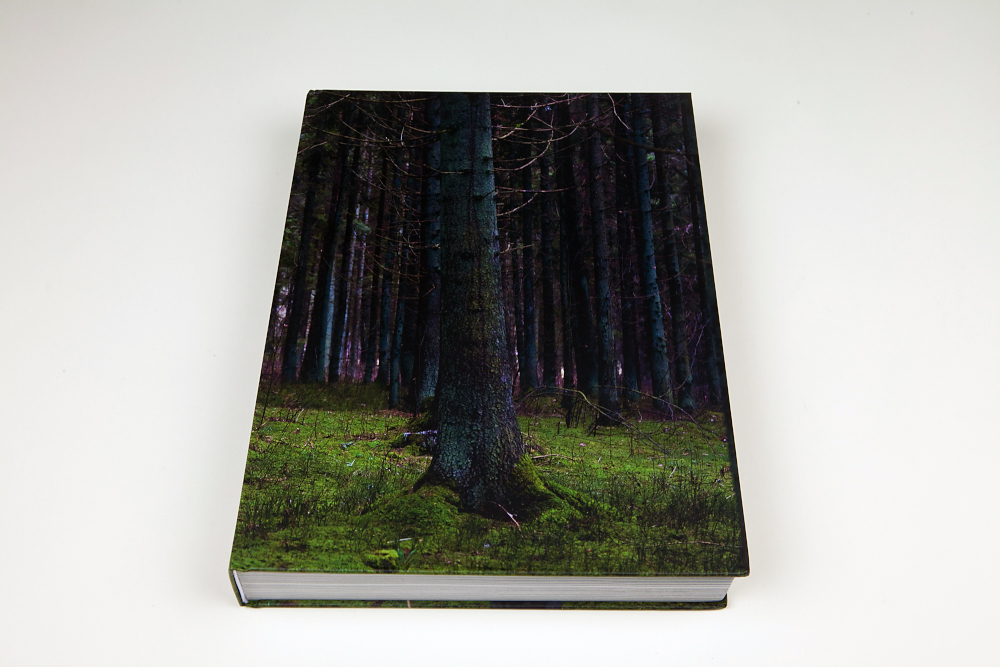 The end of World War 2 is approaching. The Soviet army are beginning to attack territories occupied by German speaking people in East Prussia. The horrors of Nazi atrocities in the Belarus, in the Ukraine, everywhere, are fresh in their minds. There is no mood for mercy or forgiveness.

The German army is routed. Soldiers are killed or captured or retreat. Only civilians remain, the women and children and old people who were unable or unwilling to join the convoy of refugees heading to western Germany. For these people the war is not over.

It's not over for lots of people. Concentration camps on the verge of liberation are being emptied, their occupants forced on death marches, the final vengeance of the defeated, but still murderous SS. And even for those who survive the Nazi regime's murderous rule, the war will never be over. Extreme trauma never ends. Survival is just that, something that must be endured. 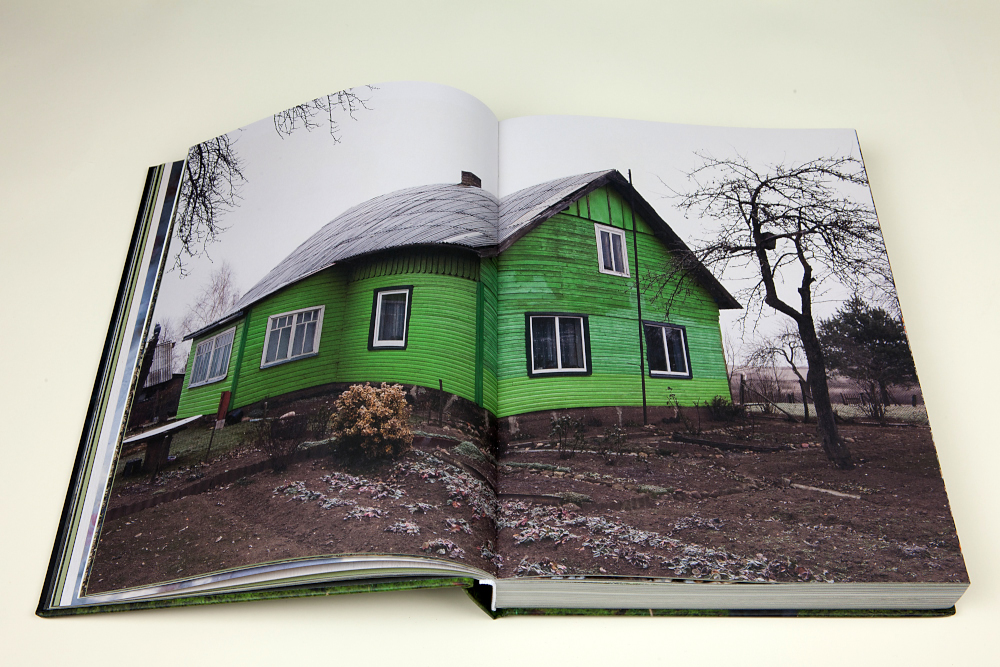 And then there was peacetime Europe. It was not really peace of course. The Allies, including the British, did not cover themselves in glory and were responsible for abuses on a massive scale. And if you were German, and a woman in the newly conquered East, mass rape was the vengeful reality of the Second World War Endgame.

And then there are the children? The German-speaking children. The ones who have been orphaned and find themselves in territory now occupied by the Soviets? 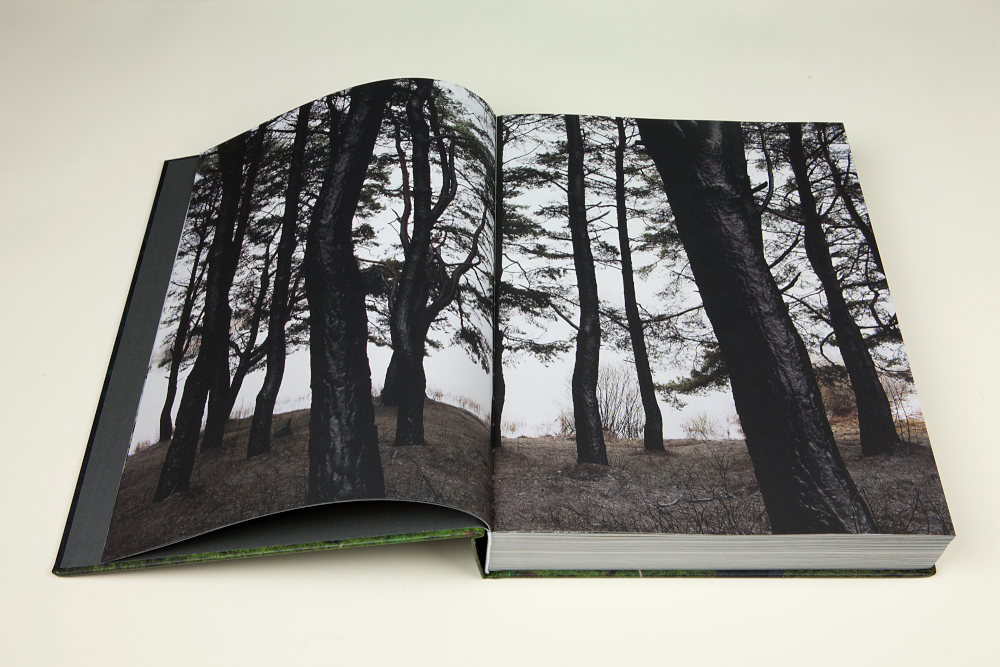 That's where Claudia Heinermann's Wolfskinder steps in. It's a book that records in words (by Sonya Winterberg) and pictures (by Claudia Heinermann, the experiences of those German-speaking children who were left behind by the horrors of the Second World War, children who were orphaned, who found themselves living alone in the forests of Lithuania and beyond. It's a book about people who were on the wrong side, and so whose suffering is somehow not as worthy of those who were on the right side. This is part of a re-evaluation of that suffering, a reclamation if you like of pain and injustice without the qualifications of blame and guilt attached. It's a hard thing to do, because that is still the prism through which we see the Second World War, and very often it is a prism that is unjust and unfair. 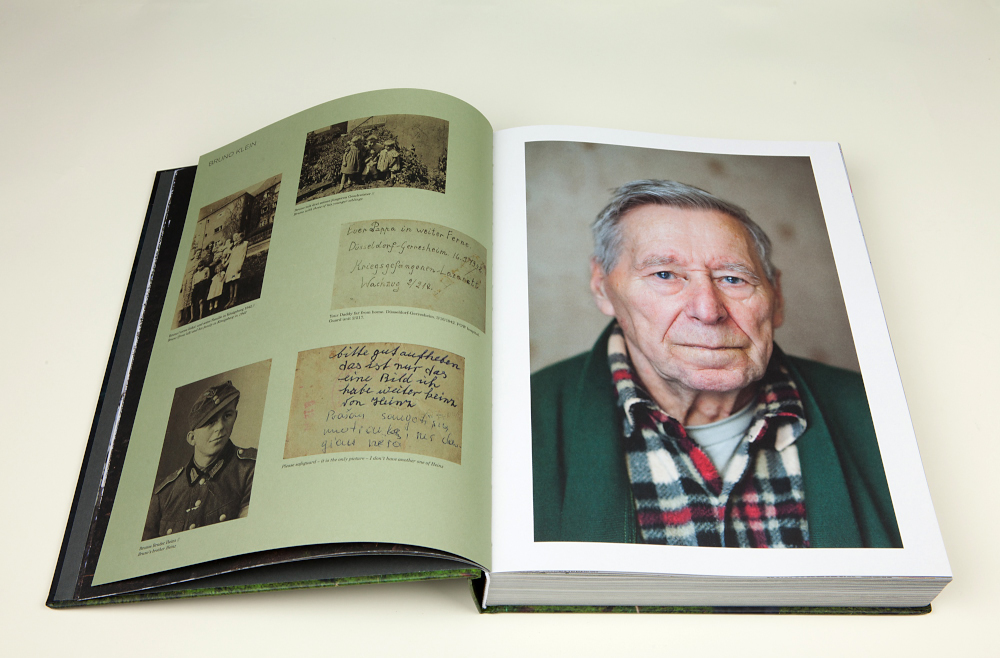 The children were called Wolfskinder because they lived in the woods liked wolves. It was a wild, unloving existence that is filled with the backdrop of horrific trauma (a trauma made no less horrific by these children being on the wrong side, or the fact that the Nazis had inflicted far worse atrocities in their invasion of the Soviet Union). These are children who witnessed the deaths of their parents, the rapes of their mothers, the starvation of their brothers and sisters. These are children who survived by scavenging in the forests, by labouring on isolated farms, relying only on the odd crumb of kindness or comfort from local people to survive. 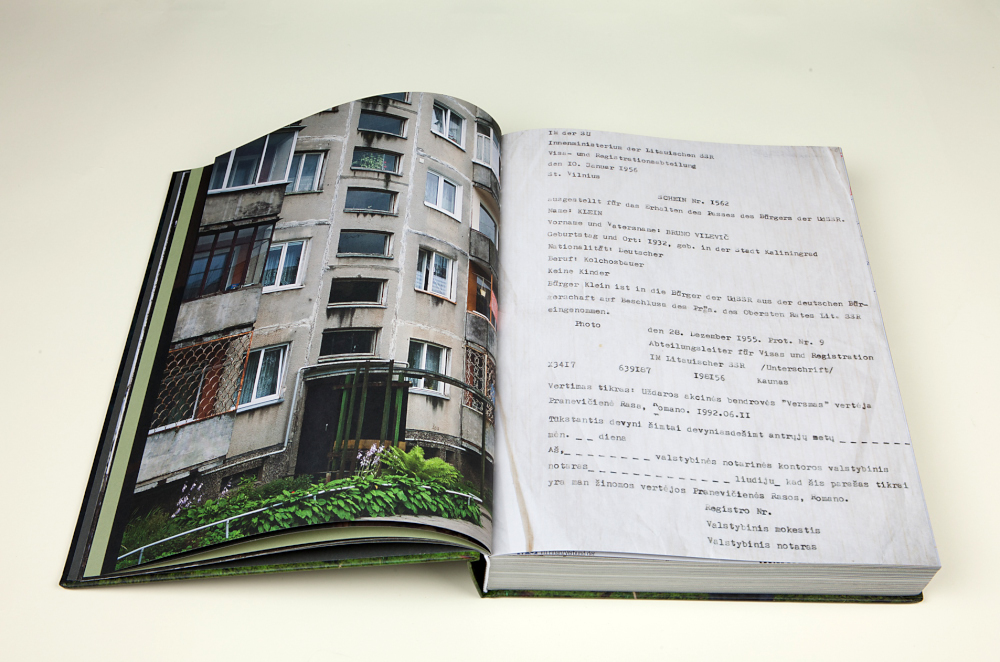 Their stories are told through interviews journalist Sonya Winterberg (who worked with Heinermann on the project) conducted. There's the 14-year-old Eva Briskorn who saw her five-year-old brother Siegfried run over by a Soviet truck, then witnessed four of her other siblings and then her mother die of typhoid, leaving only Eva and her sister Gisela. Gisela got taken in by a German-speaking family, Eva was left to fend for herself. She ended up in Vilnius, where she worked as a maid for various families before getting married. She only found a kind of peace when her husband, who beat her 'from the day of our wedding to his death in 2011', died in 2011. 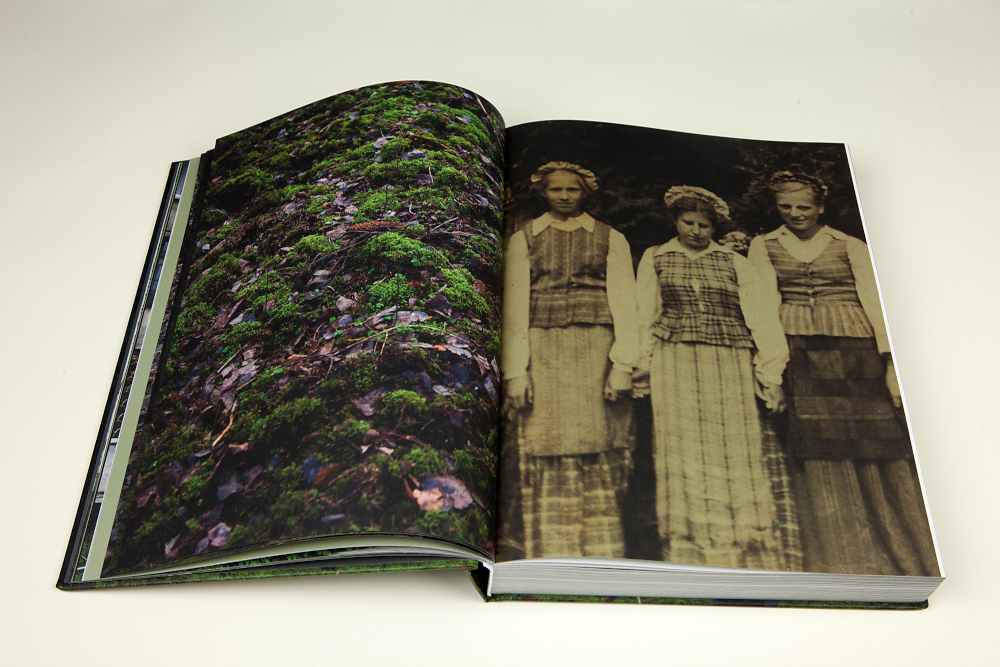 The pictures are a mix of then and now. There are archive pictures from the family album; the families who died in the second world war, the lives they began to lead.

Then there are pictures of the children now in both the few surviving archive pictures and as they are today, as elderly people, most of whom are still traumatised by the scars of the past. 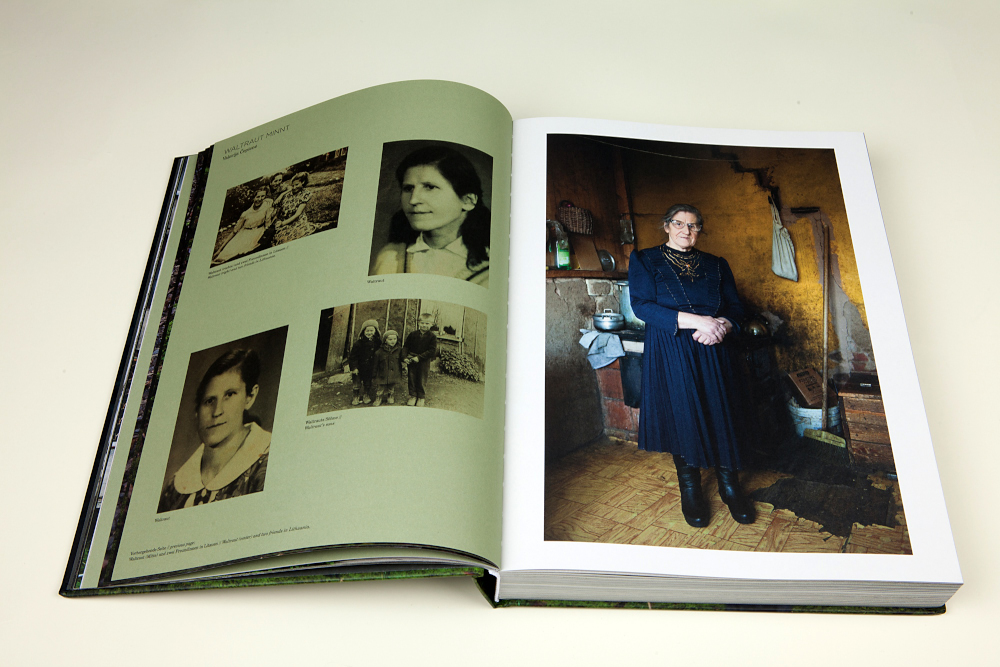 Most touching are the pictures of the forests where the children lived - and died. We only see the children who were resilient and resourceful enough to be able to survive these lives. The forest is presented as something dense and impenetrable. 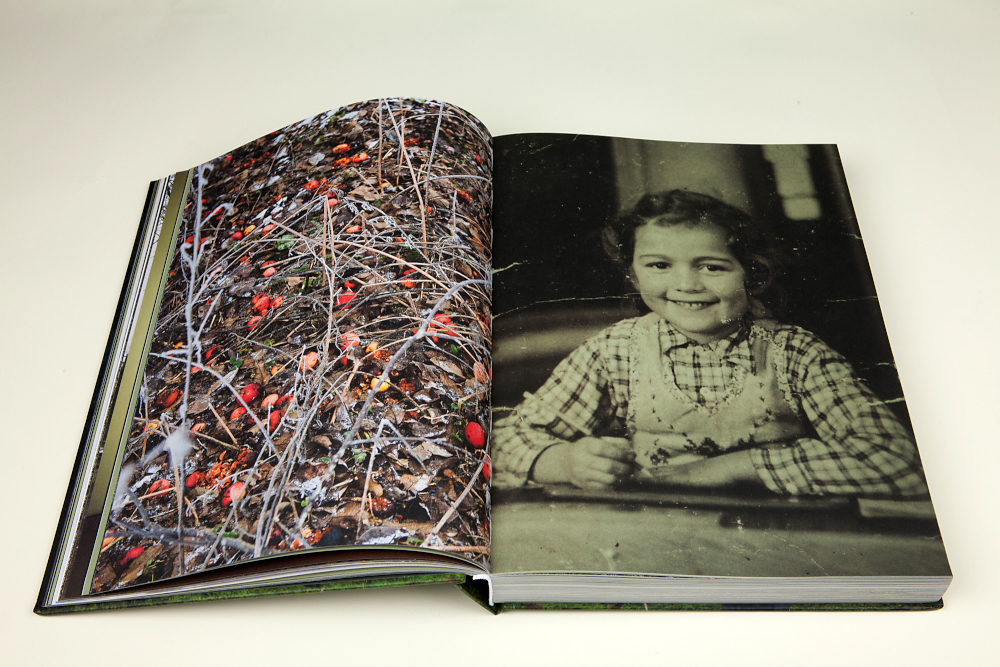 As a photobook, it might have been better to make this a book of landscapes, to tell the stories of these children through the metaphorical devices that are apparent in  these once lived-in forests. But this is not so much a photobook as a memorial. Heinermann wanted to make something fitting to the memory of the people she photographed. And that is what she has done with Wolfskinder, a book that is the latest in a line of post-memorial photobooks on the Second World War and its aftermath. It is an immense book, a huge size that is not really functional for the fetishised photobook customer base. But then sometimes that's not the point.

A couple of years back there was a (fictional) movie about some German siblings who were temporarily forced to live in the woods during this time period... can't remember the name for the life of me.

Thanks Stan, I know exactly what you mean - interesting film with that post-memory feel to it, focussed on a girl and her siblings who had to get to their grandma's place out west. The film was called Lori or something along those lines - it's based on one of the stories in this collection by Rachel Sieffert - 3 stories about photography and the second world war.