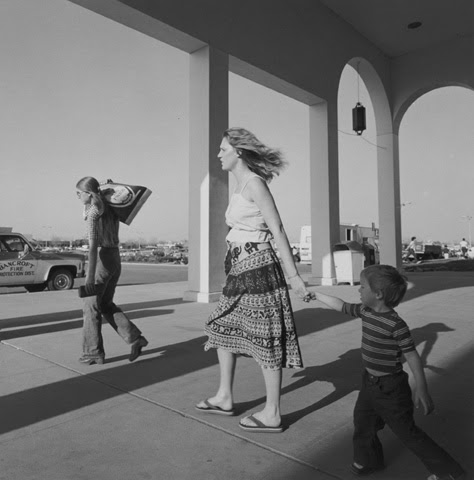 A break from the mothers and children for a little bit of Paul Graham.

I interviewed Paul Graham back in October 2007 about his wonderful A Shimmer of Possibility - a book heavily influenced by the New Documents and New Topographics photographers - Arbus, Winogrand, Friedlander, Baltz, Adams.

Most influential is Robert Adams, whose The New West is being republished later this year.

Follow the link for commentaries by Adams on the environment, motivations for making photographs and the political effect of photography.

"Many have asked, pointing increduously toward a sweep of tract homes and billboards, why picture that? The question sounds simple, but it implies a difficult issue - why open our eyes anywhere but in undamaged places like national parks?

One reason of course is that we do not live in parks, that we need to improve things at home, and that to do it we have to see the facts without blinking. We need to watch, for example as an old woman, alone, is forced to carry her groceries over a fifty acre parking lot; then we know, safe from the comforting lies of profiteers, that we must begin again.."