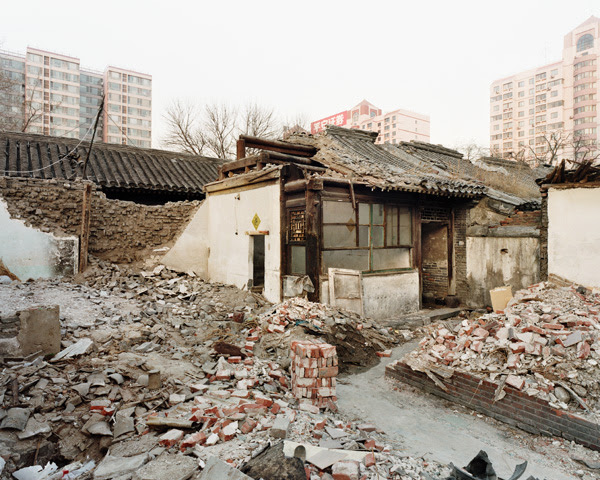 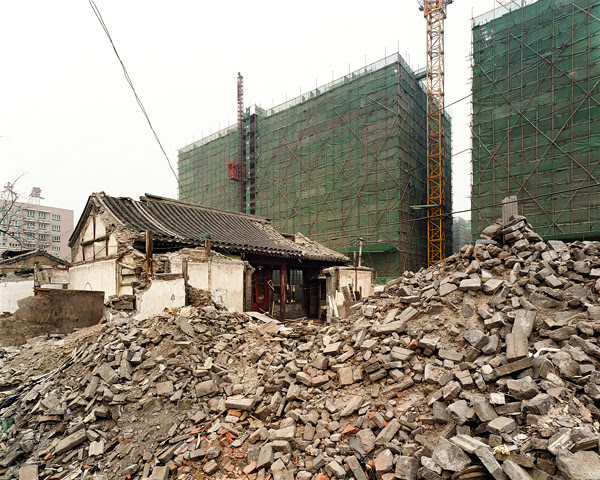 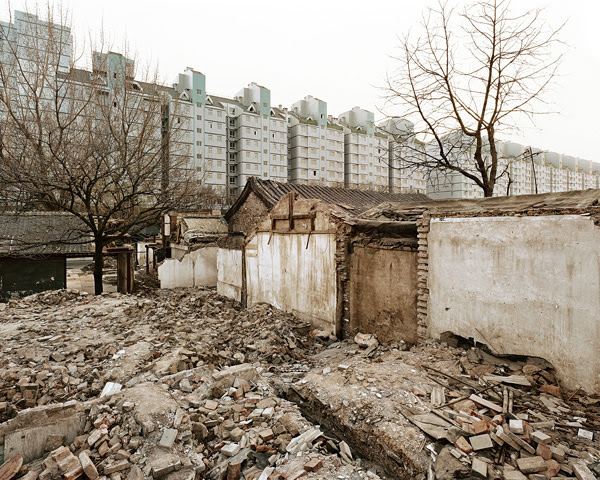 Sze Tsung Leong's images of China's urban construction/destruction boom share a sentiment of Paul Graham's - that an environment denuded of public space and historical functionality. Like Graham's work, they also have a subtext of the gaps between rich and poor.

At the same time, though, Sze recognizes that there are other layers of history that don't change - that the "...appearance of the cities may be entirely different, but the inner workings hehind these changes still persist, the hierarchies of power, the relationship of the individual to the majority."

What is so interesting about China and the modern urban development that Sze's images show, is the way these hierarchies of power are being overlaid by a new image of China - that of the modern, developed country capable of being a world class economy/cultural venue/sporting competitor and so on. It's all a facade, as this interview in Guernica (via Conscientious/Exposure Compensation) explains, but with the Beijing Olympics coming up, we're going to be seeing a lot more on the mythical new China - Chinoiserie for the 2000s?

Email ThisBlogThis!Share to TwitterShare to FacebookShare to Pinterest
Labels: Other Work, urban development