Oh my giddy aunt, it’s Friday already. So who to choose? I think I’ll go for  Paul Graham just because he makes pictures that are make the USA look rubbish and are kind of rubbish in themselves but in a good kind of way. A case in point is The Present. For this Graham photographed New York – but it doesn’t look like New York. It’s just another city. It’s a bit crap. That’s quite an achievement.

Here’s a review I wrote of it for Photo-Eye.

But then the other thing that is new is the scale of photography. There’s JR with his massive prints sited in strange places. It’s kind of new even though it’s been done before. I don't think the pictures are very good, but, hey, they have a certain impact and the siting is spectacular from particular perspectives.

Following on from Abelardo Morello and his transformation of rooms into camera obscura, there are Richard Learoyd’s giant long exposures made in a giant pinhole camera. Or there’s Chris Mccaw with his huge cameras and explorations of the burning nature of the sun. That’s not new – people have been staring at the sun in some form or other for millennia.

Claus Stolz also works with the sun, burning negatives into beautiful patterns that have a certain physicality to them.This picture is from his Heliografien series.

Oh, and while we're at it, how about some photograms. I love Elaine Duigenan's work (made on a scanner) and then there are Adam Fuss's BabyGrams (Darkroom, warm water, cibachrome and baby). Marvellous, elegant and new (ish)! 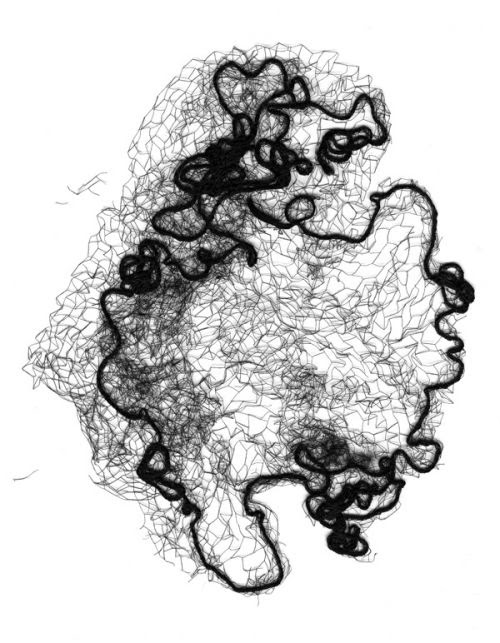 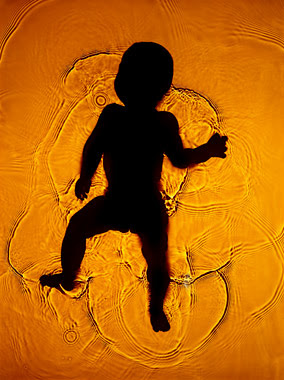 Finally there’s the whole multimedia thing, the use of sound and music to help tell the visual story. Is it new? I’m not sure it is, but we're talking narrative photography here. And ultimately it’s the story that matters. There's not as much good work out here as one might expect, but the work that is good is outstandingly good. My favourites  are Kingsley’s Crossing by Olivier Jobard and Prison Valley by David Dufresne and Philippe Brault.

Kingsley's Crossing is the story of one man's dream to leave the poverty of life in Africa for the promised land of Europe. We walk in his shoes, as photojournalist Olivier Jobard accompanies Kingsley on his uncertain and perilous journey. See the project at http://mediastorm.com/publication/kingsleys-crossing
Posted by colin pantall at 07:00