Twenty-Six Reasons to be a feminist. 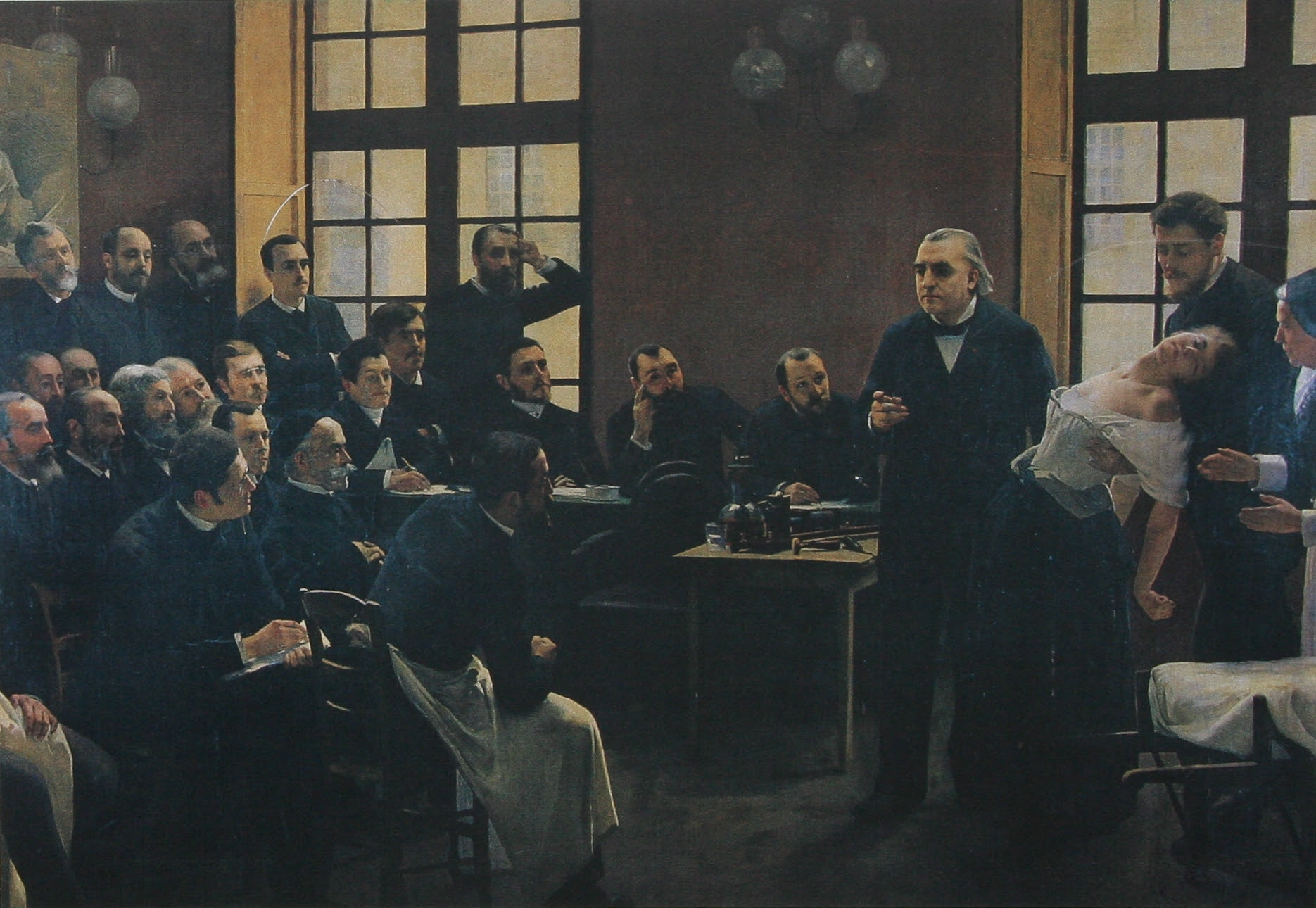 This is a picture of Jean-Martin Charcot giving one of his Tuesdays lectures at the  Salpêtrière Hospital. These were lectures where he demonstrated his theories of hysteria on female patients.

He used photography as evidence of his theories on hysteria and published his findings in  "Iconographie photographique de la Salpêtrière."

One of his star subjects was Augustine, pictured below. She was extra-special hysterical and as such was a star of both his photography and his Tuesday lectures. By performing so consistently to his hypotheses she proved his hypotheses.

And if you're a non-standard hysteric, then you move wards. And perhaps you don't want to move wards because some wards are nicer than others and the nicest one of all is the one where the top hysteric models go.

And that's how photography works. 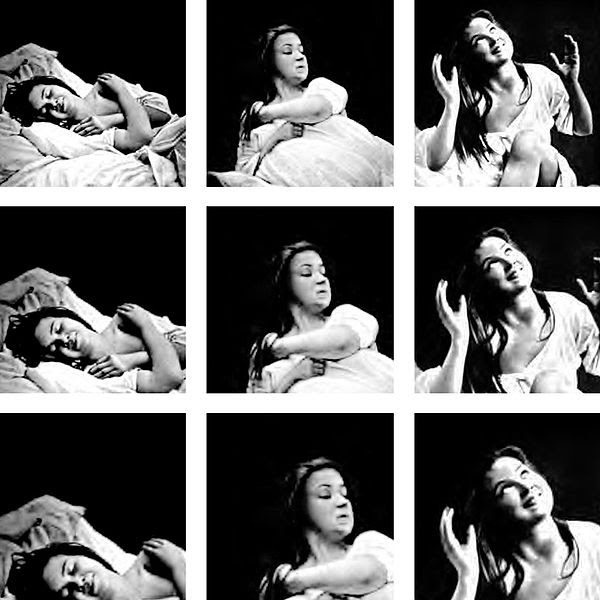 I was thinking about this when I heard about the Creative Review Rebranding Feminism. I read some distrust on the subject on the 25 Narrative Drive blog and I began to wonder about the rebranding effort.

Below are the results. The top poster is from Brave; they worked with t campaigner Jinan Younis - a student who unleashed a torrent of woman-hating abuse when she started a feminist society at Altrincham Girls School.

Mother and the Feminist Times (the soon-to-be relaunched and renamed Spare Rib) looks at pay.

And then Wieden + Kennedy worked with Vagenda, the entertaining and funny feminist-themed blog.

This is what  Vagenda said about the project.

The term 'feminism' means what it always has meant: the notion that men and women should be socially, politically and legally equal, but we've been doing the blog for two years now, and have met so many women (especially young ones) who are wary of the term and seem to see it as indicative of angry, man-hating, dungaree-wearing radicals who spend most of their time in vagina acceptance workshops. What we really wanted to do was get back to the notion that feminism is for everyone, not some kind of special club where you needed a password to join. And we're dead proud of the campaign that Wieden + Kennedy came up with for us (you can see the others here). Oh, and if you're wondering why it's pink- it's because we quite like pink.

The problem for me is that by branding feminism, you devalue it. You become part of the problem, not a solution.

The problem that feminism has is that countless advertising agencies, newspapers, magazines and media companies have used black propaganda to devalue feminism. This is visible everywhere, in the billboards we see, the magazines we buy, in the policies and actions of every political party in this country (and not just the nutters). Almost every advert ever placed in women's magazines (including Elle - check that cover out) has an embedded world view that is shrouded in an anti-feminist agenda. 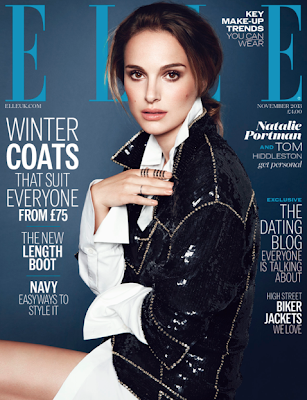 Vagenda showed how feminism needed rebranding by showing this infographic below. 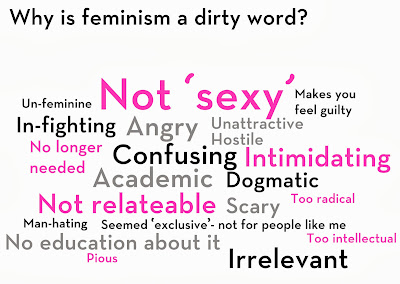 But why would you do this? Having an infographic on Why Branding is a Dirty Word makes sense but feminism? Isn't that becoming part of the problem? Would you make an infographic on rebranding immigration for example, or homosexuality or anti-semitism or racism or disability, infographics that would repeat the prejudices and ignorance of certain sectors of society.

Feminism can't be rebranded because it isn't a brand. Justice isn't a brand. Equality isn't a brand. They are ways of thinking and being that are embedded in one's heart and soul, not something like a brand of cigarrettes to be switched at will.

In the summer, I visited Highgate Cemetery in London  for the first time. It's a cemetery that is filled with exiles have fled persecution in their home countries. I saw Marx's grave and took the usual pictures and one or two unusual ones to remind ourselves that not everything turns out rosy). In front of Marx's grave, there was a grouping of graves of socialist refugees from around the world. And around these graves (of people from Iraq, Iran, South Africa etc) little groups of people would gather to have their picture taken, to celebrate and remember the sacrifices that had been made by these people, the torture and the suffering they had undergone before they had ended up in London and Highgate Cemetery.

above - the grave of Eric Hobsbawm

above - the grave of Douglas Adams (who sent all the branders, advertisers and bankers to outer space in his book A Hitchhiker's Guide to the Galaxy)

above - the grave of Malcolm Maclaren. He's in the wrong place.

I was touched by this and I wondered at this. It showed that there is a collective memory, that social justice and those who fight for it are remembered and admired. And that you would never get a cemetery that was filled with bankers and branders and advertisers - because the values that they hold are fragmented and stand in isolation; they are destructive in other words.

Which kind of brings me back to Charcot, who is pictured at the top of this rambling blog post. Because after we went to Highgate Cemetery, we wandered down the road to go visit Freud's house. There above the famous sofa is a framed picture of Charcot giving his Tuesday lecture.

Anyway, Freud's nephew was Edward Bernays - the man who examined the psychology of the crowd, pioneered the use of American propaganda and its name to public relations. So he's the granddaddy of every press release that has every filled your spam box.

His most famous campaign was when he was employed by American Tobacco. In the 1920s, tobacco smoking was regarded as being for 'loose women' - you smoked, you were a prostitute in other words. Bernays' job was to change this perception.

So he tagged on to ideas of independence and equality for women and arranged for women to be seen smoking on an Easter Day Parade. This was photographed, letters were sent to the editor and soon smoking began to be seen as acceptable for women. By soon, I mean three days women were seen smoking in public, and within six weeks a ban on smoking by women in theatres was lifted.It was all engineered by Bernays.

And that is public relations. That is branding. And that is feminism being used by branding, something that resulted (indirectly at least) in the deaths of millions of American women through smoking related diseases, a fact that was later acknowledged by Bernays when he said he wouldn't have taken the American Tobacco commission if he had known how harmful smoking was.

Unfortunately, this blog is not really branded so can be a bit inconsistent in tone. It went this way today because after seeing the Creative Review post, I asked my students at the University of South Wales ( Newport - Whateveeeeeeeeer, Trevoooooooor~!) if they were feminists and out of about 100 I asked I got 6 saying yes, I'm a feminist, which is a shocker whichever way you look at it. And kind of unproves the whole point of the posting that I made. So it goes.

And here is a posting that goes against the whole smoking thing. But that's wrong, and this post is right (except for the occasional factual error that may have crept in). Indeed! 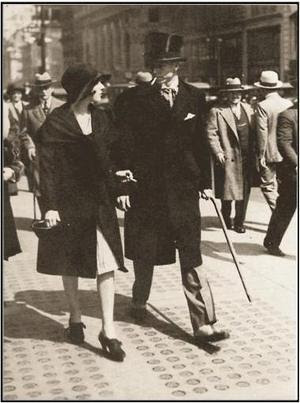 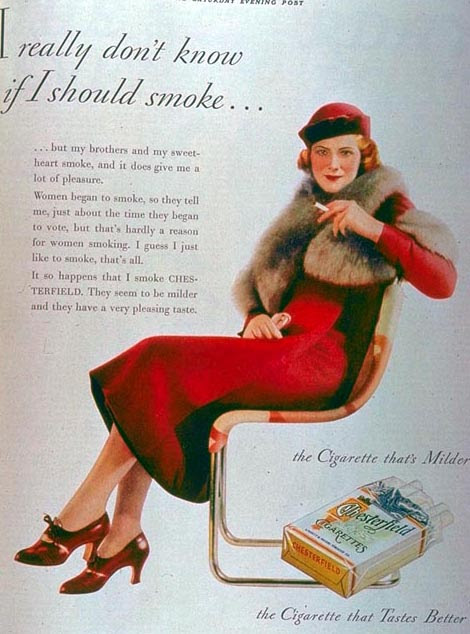 Everything is "branded." You can't control the white noise as much as you would like. As Robert Frost said, everything must go to market. Even our ideas of right and wrong, just and unjust, are "branded." Nothing in our heads is neutral. To pretend that there is a great tablet somewhere that has the "rules" is a great fraud. It is the existential dilemma.

But that damn couch struck me. I thought it was the one you always photograph. Holy smokes! Think of the photographs in those terms and you will have a lot of thinking to do.

We just can't control it.

The sofa is gone and was a visual sign, not a brand.

Come on CS, branding kills everything that makes life worth living. Turns us into the people from Invasion of the Body Snatchers - soon you will be one of us and all that.

So. . . you think there are actual un-politicized "truths"?

The sofa may have been a signifier, but you cannot control what it signified.

We are all, to a great extent, people from the Invasion. I do believe that we are spoken through. And I do believe in everything I can't understand but imagine myself to understand about Derrida. Free play, overturning the language hierarchy, etc. That is how movements succeed. They redefine, "rebrand." But once their ideas hit the marketplace, there is no controlling what it "means" any longer. The signified has a life of its own.

I wish I hadn't left my comment, though. It is very early here and I was being clever (I thought). I've had enough of this in grad school. There is no end to it. People get stoned on theory and discourse until it all becomes babble. I do enjoy Judith Butler, though, simply because she will not stay put. She evolves, I think, with every publication.

Evolves is a nice word. It is as close to neutrality as one can get.

Peace. I'm going to go back to silly witticisms now. They take much less energy and are so wryly ironic :)

Fuck the brand is the message. That's not theory, that's life.

And as for theory - Who mentioned Derrida? :-)

But of course you are right, you can't escape branding.

And of course I'm right. Oh yes, you can.

In true surrealist tradition, the two go together and that stops the babble.