Olympia and her cat 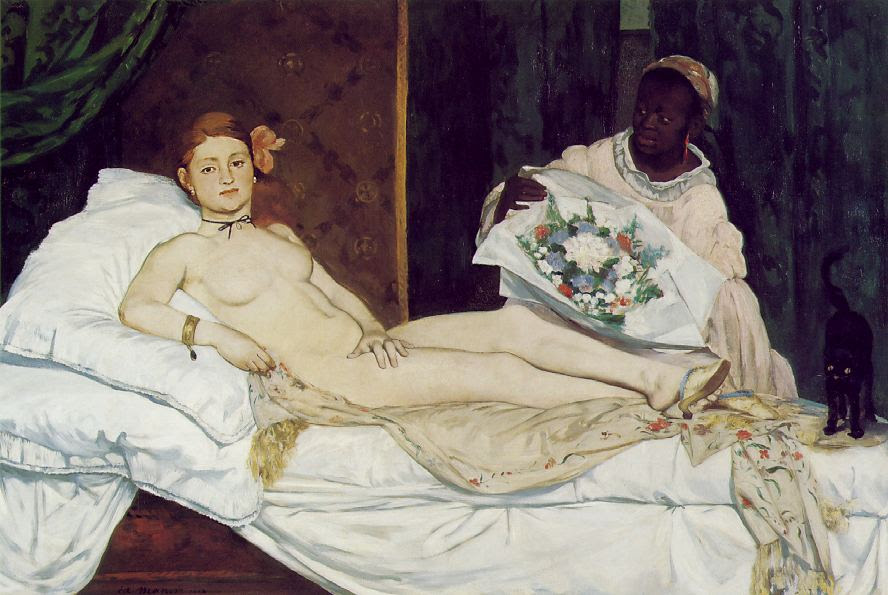 Here's Manet's Olympia. It caused a scandal at the Paris Salon in 1865 because she's a prostitute and is looking boldly at the viewer and has a black cat (instead of a faithful dog). This is what Theodore Gautier (the photograph of him below is by Nadar) said about it. 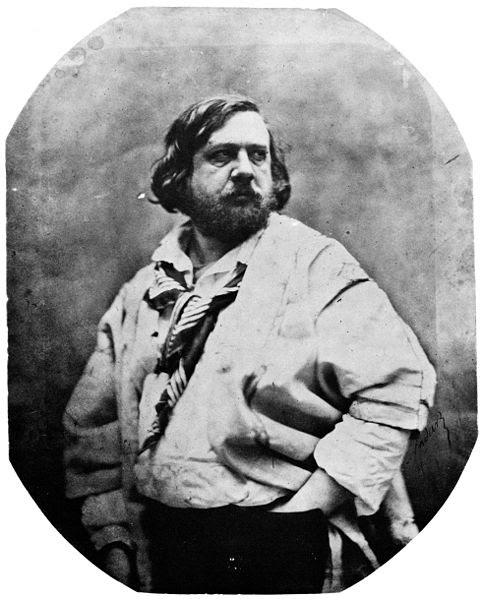 With some repugnance I come to the peculiar paintings by Manet. It is awkward to discuss them, but they cannot be passed by in silence. . . . Many people think it is enough to pass them by and laugh, but that is a mistake. Manet is not without importance; he has a school, he has admirers, even fanatic followers; his influence extends further than is generally realized. M. Manet has the honor of being a danger. But now the danger is passed.
Olympia is inexplicable from any point of view even taken for what she is, a punymodel stretched out on a sheet. The color of the flesh is dirty, the modeling non-existent. The shadows are indicated by more or less large smears of blacking.  What’s to be said of the negress who brings a bouquet of flowers in a paper, or the black cat that leaves its muddy footprints on the bed? We would still excuse the ugliness were there only some truth in it, some careful study, heightened by some splendid effect of color. Even the least pretty woman has bones, muscles, skin and some sort ofcolor. Here there is nothing, we are sorry to say, but the desire to attract…

You can read more critics here.

And here are some caricatures based around the painting found at the olympia1865 blog, with a lot of the comments revolving around the idea that Olympia needs a wash. The cat features large as well. 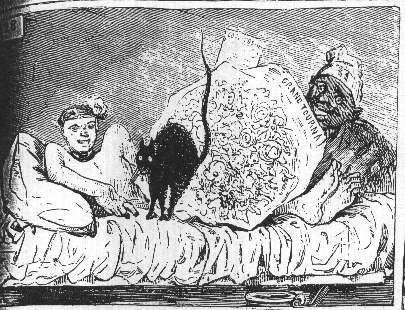 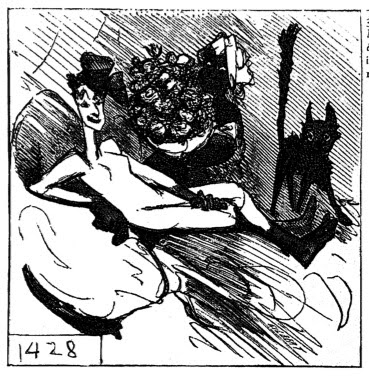 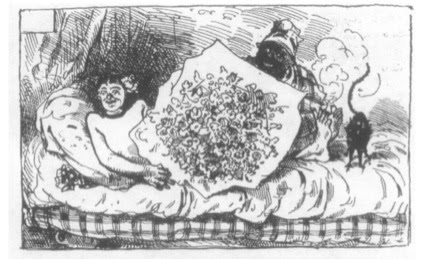 Well, they got the part right about her needing to get out in the sun more...