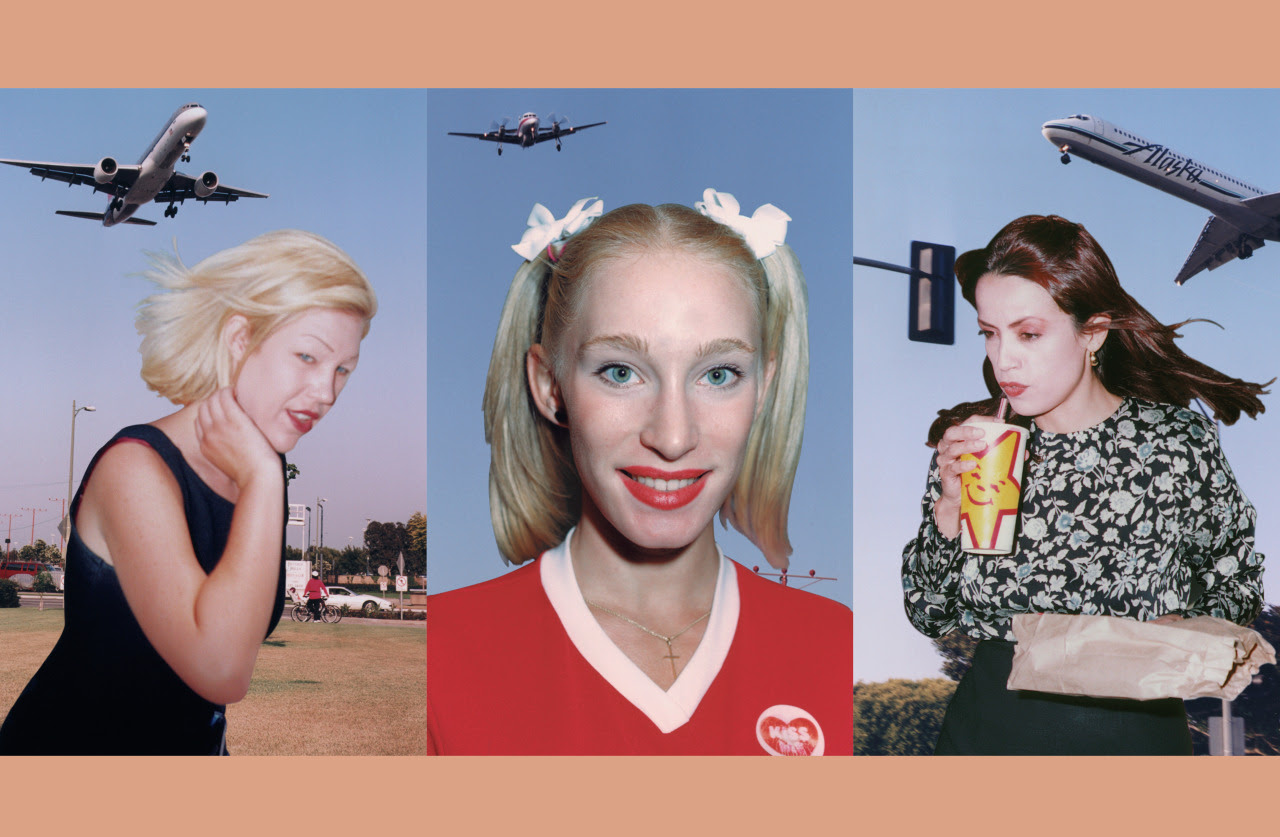 all pictures by Werner Amann

If you've ever wondered what Twin Peaks might have looked like had it been filmed in LA, Surf Fiction by Werner Amann is the book for you.

It's an odd thing filled with odd pictures of odd people, the kind of people who have more going on than meets the eye. The cover kicks us off; a black guy with a greased up torso wearing long white briefs and  holding a vintage mobile (Amann shot the pictures in the 90s, but only published them now). In the background, there's a plane taking off against a sunset sky. We see him again later, but this time on a suburban lawn. What is his secret?

LA-attractive girls in bikinis thread through the book; bikinis, butts, lips and anxiety concealed beneath over-exfoliated skin make up the book. The guys (Mr Cover excepted) are all dead-eyed and, apologies for the stereotyping here, don't always appear to be the brightest spark in the fire; Twin Peaks again. They're gangsters and chancers and if they're not on the make, they want to be on the make, even the guy who's watering his front lawn. Everyone's a bit-player in Surf Fiction. Everyone's got something to hide. 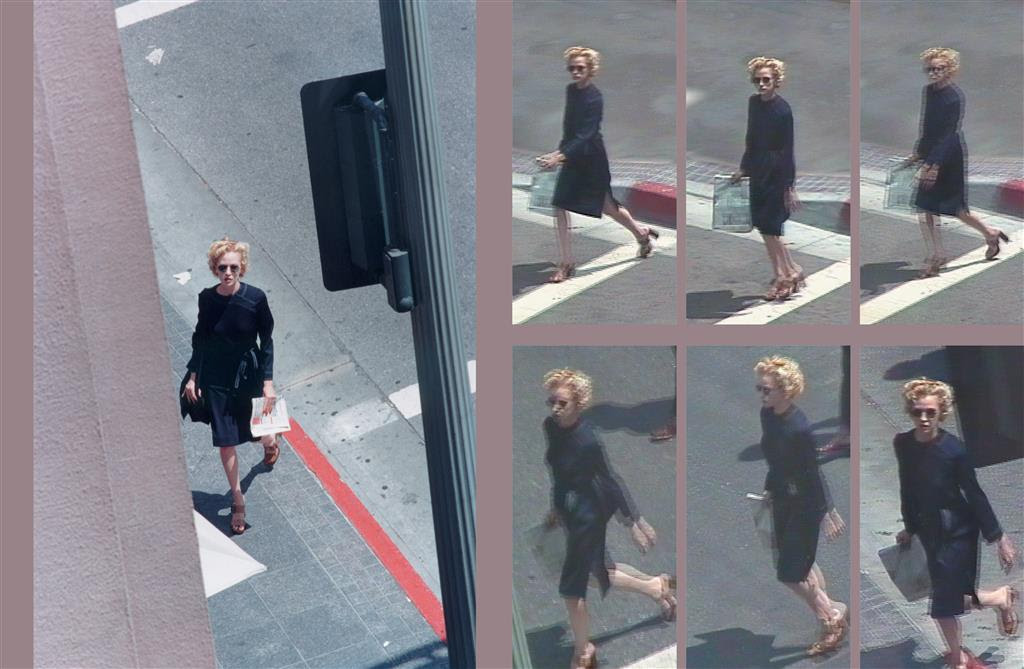 Surveillance cameras record their every move so we see pages that nod towards this seeing and being seen and provide a visual map of Los Angeles and its cross-sectioning with Annan's imaginary world. Smoking, crossing the road, the highway, the airport and anonymous outdoor places merge with people pretending, as we all do, to be something they are not. In a place pretending to be something it is not.

Surf Fiction is lively fun but also a little bit sad. The characters you imagine you see, the stories you imagine they live are probably not too far from the reality of their sad existence. Twin Peaks is much happier when it's lived in Washington than New York. Or maybe not.