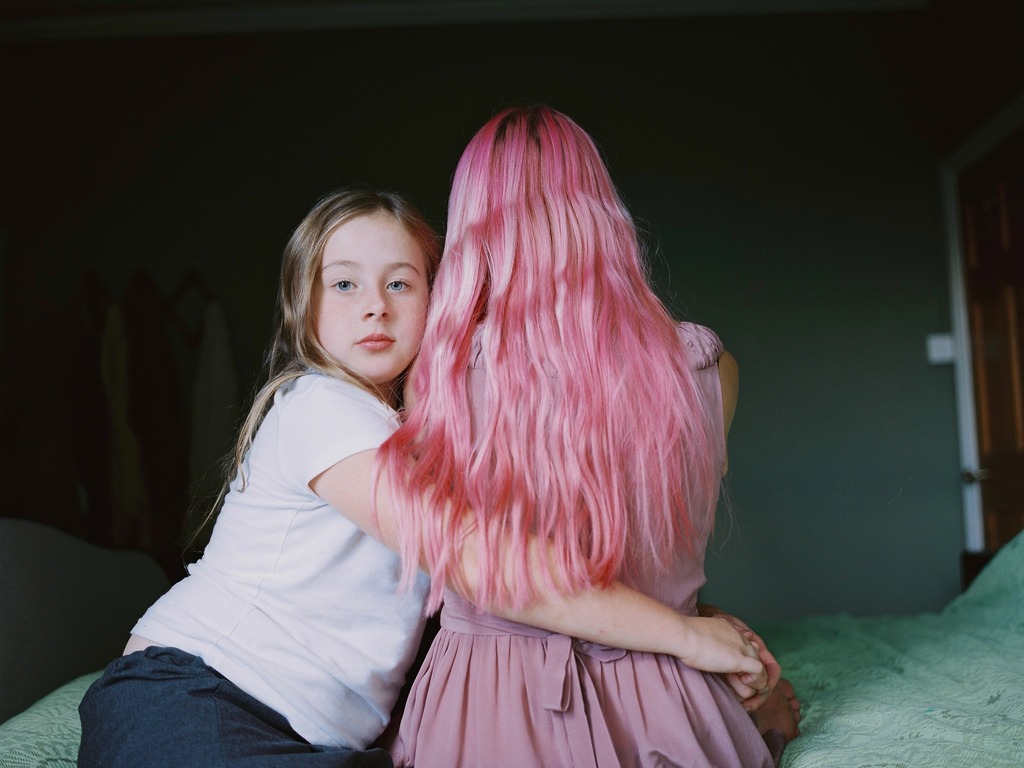 Timing is everything and Kirsty Mackay has got it with her Kickstarter project, My Favourite Colour Was Yellow. This project looks at the prevalence of pink in girl's clothing, toys, bedroom furniture and all the rest of it.

It's all part of that lack of choice when you go into a store and everything is pink and shite. I don't know, I think pink is almost preferable to what boys get in the UK - a dour procession of navy blues and greys that makes British boy toddlers look like refugees from 1970s China. All you need to do is stick a bunch of Mao caps in there and your Brit department store boys department would be like the Chengdu Number 1 Department Store circa 1979 in miniature. But pink is part of that same colour hierarchy.

Pink is in the news in the UK because of the pink Labour Party Bus that went around the country looking for votes. As a result, pink has surged into the public consciousness again. This is from Zoe Williams on the pink bus.

'A woman who didn’t want to give her name said: “I don’t want to be bought over by a pink bus.” “Is there anything the Labour party could do to buy you over?” I asked. “No. I’m voting Green. They just want to be nice to each other and not be complete dicks to everyone else.”'

Anyway, Kirsty's project has been on Fotografia, on Develop,  and I'm guessing it will be on more sites this week as the subject hits peak topicality. It's got a way to go before it hits its target, but I get the feeling it has got a final burst in it.

This is what Kirsty says about the project:

Photographer Kirsty Mackay set out to photograph girls with their pink possessions as a way to understand how this one colour has become dominant. Working over a five year period, making portraits of the girls in their bedrooms and on the High St, combined with research; Kirsty has created a document of this time for girls growing up in the UK.


You can back the project here.
Posted by colin pantall at 12:27