Jumping off the Altar/Looking at the Stars

I was listening to the news on the radio this morning as I do, and up popped a story about the dangers of legal highs. One man had it so bad he 'jumped off the altar' in a church - what happened to him after he jumped off the altar we didn't find. Another one imagined the police were coming because he had his fingers stuck under a toilet door.

The quality of the legal high is not good in other words. It's so bad that prioners in British jails use one legal high, Spice, to torture their fellow inmates - give over the recommended dose and 'it's like being in hell.

I don't think Guilherme Gerais took any legal highs in making his book Intergalactico. It's too far out for that. He gets way above altar level in this black and white, grain-spattered foray to interplanetary space. So if there are any drugs involved, they are made of tried and tested natural ingredients guaranteed not to have you messing with your fingers under toilet doors. 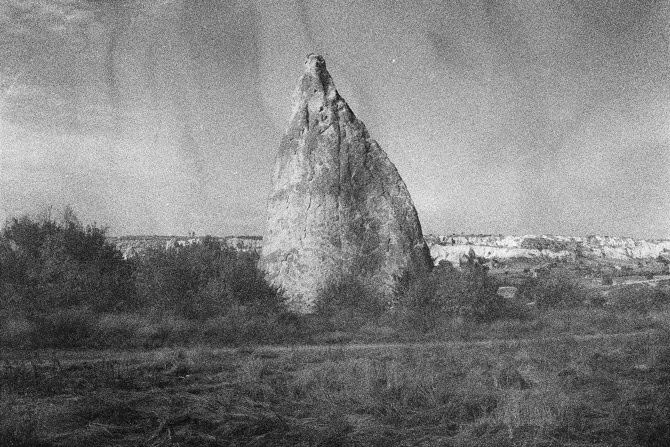 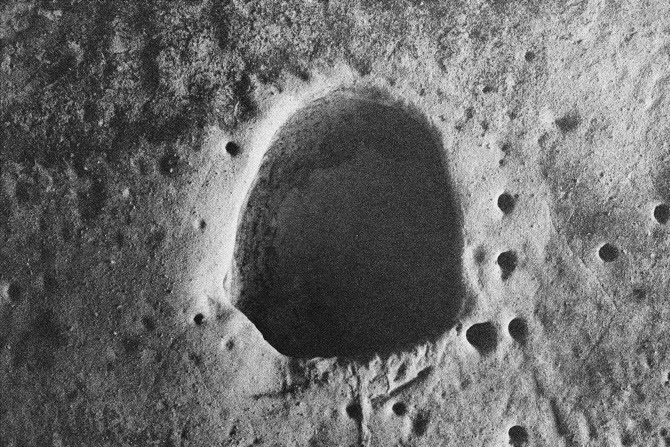 It's a book about space and our place in it, about the earth and the trees and the way we all spin around a star no matter what planet we live on. It starts with the cover which is a lovely thing; a symetrical design that stretches over the back and the front cover. It's centre lies in the spine and it's a little asteroid-like moon/planet. It looks like the moon where the Clangers used to live. Encircling this satellite is a circular wheel that looks like a space station. And all around this are dotted lines and circles and designs that have a low-fi scientific feel. Doc from Back to the Future might have drawn this - and look what he could do!

Open the book and there is a postcard which tells us that 'experience, as you know, is a sort of remembering, all that lives has already been imagined.' Then there are some words on the 'final stage', the strangeness of this world, a world in which '...there is only this wide desert, an absence of space.'

The preamble to the book has us going into the desert, a grainy desert with a motorbike in it. We keep looking at the earth and everything goes spacey. There are rock walls that look like asteroids and tunnels that look like galaxies. A handwritten message from Gerais says: Colin. The journey starts here. 2045. RUN! 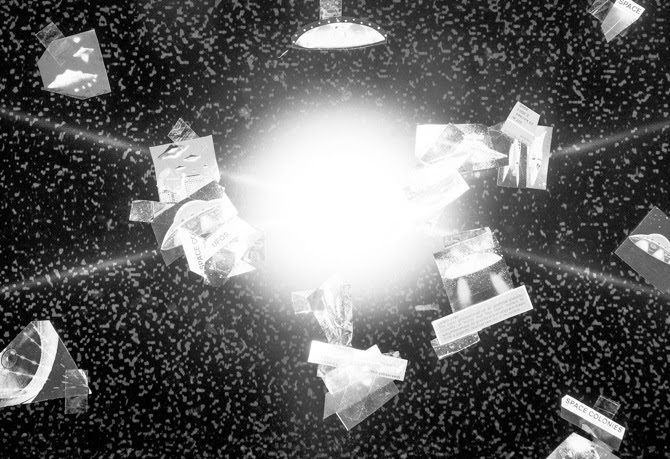 So run we do and there are trees, and footprints and little signs that all is not well with this world, that the truth is out there, that something, sometime, somehow is going to happen and space is involved and where space is involved with earth, things don't turn out good for nobody. And running isn't going to help you none. 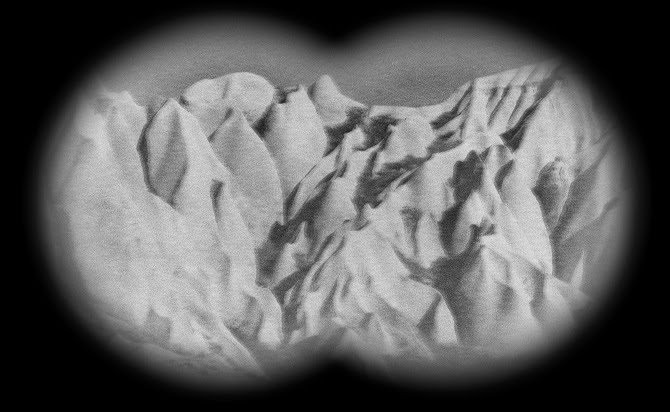 Symbols of keys and trees and secret runes follow. Is this a photographic map Gerais is showing us or some kind of game? Or a bit of both. Play your cards wrong and you will end up in a wilderness with vultures, a sign that says SPACE MAGIK, the dark side is coming and it's coming from the stars. It's going to wipe this planet clean. 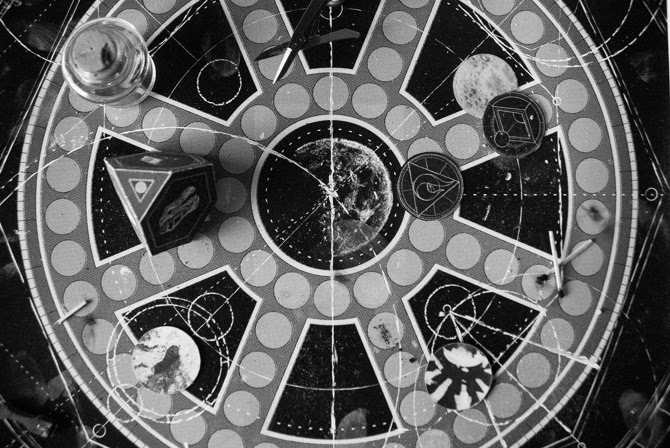 But all the time there are people listening and people looking. We see this in the satellite dishes and the binoculars and the fries dropped in panic. Dinosaur bones and a shard-like landscape show us what has been and will be again. For the unlucky, there's a skeleton holding its brains, for the fortunate paths and corridors that provide a temporary escape to a world that will be Mad Max meets the Dice Man with an ending that is apocalypse giving birth to a new Eden. Stay and you will die. Run and you will find.