Lina Hashim: Heaven is the Back Seat of My Cadillac! 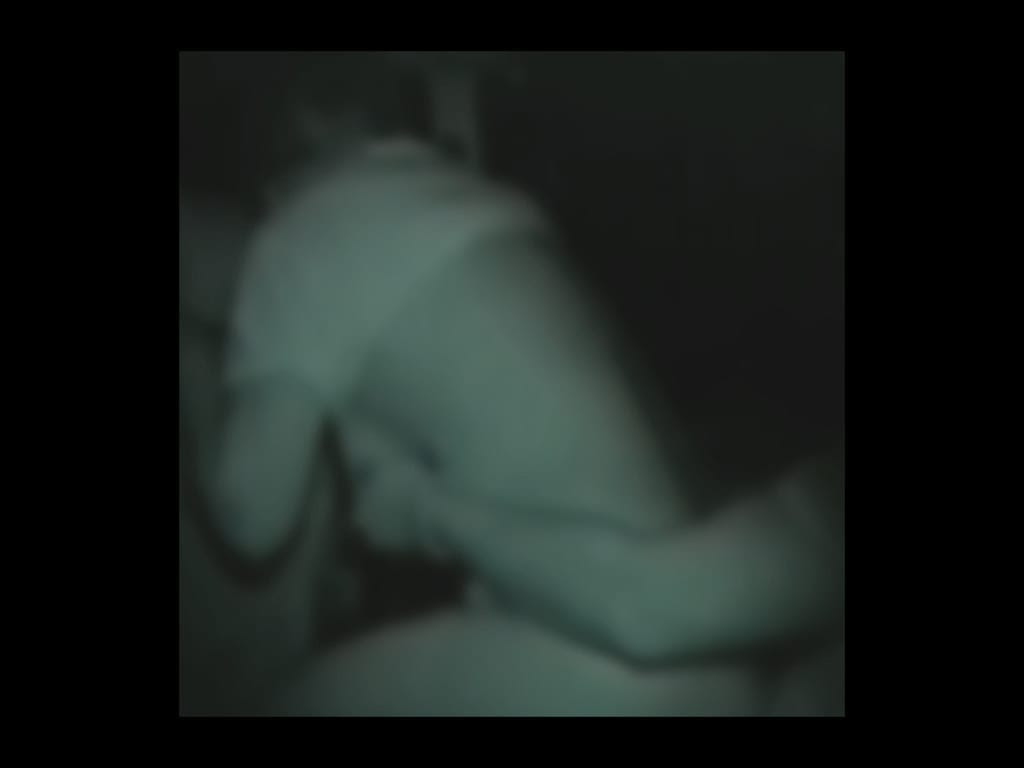 I interviewed Lina Hashim about her projects, Unlawful Meetings, Suicide Bombers and No Hair Hijab earlier this year for the BJP. The article was published in February and then released online in July.

There were quite a few responses to the online publication. You can see a selection somewhere on Facebook on the BJP page, but for the life of me I can't find them anymore.

The quality of the responses varied. Some had me drenching the kitchen in expletive laden sarcasm, most were more nuanced.

The interesting points which were made which can be summed up into a series of categories - Hashim's work exoticises sex, is deeming, is voyeuristic, is platitudinous, is disgusting.

In the meantime you can see her work this weekend at Unseen in Amsterdam.

Kohl-heavy come-hither eyes, paradise and 72 virgins, sex with the breasts of a bedouin prostitute in a tented brothel, anything in the desert, or going back a bit, the harem, anything involving turbans, hookahs, magic lamps, flying carpets, pointed shoes, scimitars and sheep's eyeballs yes, that's exoticisation.

But blurry pictures of sex in a car parked near the sea.

And if it is unexotic, is it wrong?

Or is any depiction of sex exotic (possibly) - or just 'disgusting' as some people said.

Sex isn't the most disgusting thing.

Some things are far more creepy than showing people not having sex. Like showing controlling fathers with their daughters who don't have sex. Imagine if Hashim had done that. That would have been creepy. Have a look at David Magnusson's work. It's a great project! Welcome to CreepyVille.


Monolithic idea of a religion

Hashim is addressing the idea that is there one monolithic idea of Islam, the one where everyone is virtuous, wears the right dress, eats halal food and nothing but and only does things in the name of Allah.

It's the idea of the real Islam, the real Muslim and it's as stupid, unrepresentative and unrealistic as the Real Christian or the Real Jew or the Real Hindu. As though one form of behaviour and belief can sum up these belief systems and those who believe in them.

In the way that she engages with imams and the Koran, she is also presenting a looser version of Islam than some people expect (one Facebook correspondent suggested her work was fake because no true muslim father wouldn't let her out on her own - I'm not sure what faith the correspondent was but I suspect they are not talking from a position of great experience ).

To say you can be muslim and not be terribly religious is a platitude of course, but if you've never met anyone who has challenged that platitude in what they say, what they think, what they try to get other people to say, think and do, then you are luckier than me.

Hashim is saying that you can be muslim and seek pleasure from life. And it might be a good thing. It might help young people have happier lives. She's pointing out that there are people who are muslim and gay who seek out sex.  And maybe we should get used to it. It might make for a better world.


How does she know these people are muslims

If people read the article, she explains how this is the case. She says that she used to visit similar sites when she was younger, she's got friends who visited them. She asks around.  However, I'm guessing (and she does mention this in the article) that the popularity of the place (through word of mouth and observation), will also help.

She also has eyes. Most people who live in a city will be able to identify different nationalities, religions, social classes, subcultures, gangs and so on. I'm guessing Denmark is no different. The clues on the cars combined with the type of music coming out is a bit of a giveaway. If it's rockabilly playing and an American flag hanging from the rear view mirror, fair chance it's Rockabilly Betty and Bob makiing out. And that isn't who she's looking for. If it's death metal, move on. If it's the Hawaii Ukulele Band, I guess not.

Well yes, we all know that, but the whole point of the exercise is to confront the denial both of parts of her community and to create a more rounded view of what happens beneath the rhetoric of religion. It's very simple and very good. It's Family of Man.

In all the comments made only one person (who gave a positive comment) noted this. It's almost as if people are being selectively blind to this key point. Hashim  says this:

“When I was a teenager, I wasn’t allowed to have boyfriends or intimacy with anyone before getting married, and it was the same thing with my sisters and my brothers and everyone in the community,” says Hashim. “But my friends told me about places where they could go to meet their boyfriends, and they said I could go there with them, just to join them, and then I could maybe meet somebody there. It was always in parking lots, or by the sea, or the forest, or the kind of places where you take a dog for a walk. That’s actually how the project started.”

Hashim says these meetings are an open secret in Denmark and elsewhere, but denied – whether consciously or unconsciously – to uphold an unrealistic ideal of modest behaviour. “Everyone knows about it, but I don’t think the imams and the older people and parents believe it could be true,” she says. “My parents, for example, really don’t believe it. They say, ‘No, they can’t be Muslims.’ They think it’s more because of Danish society that people do these things.”

Denial is allied to secrecy and shame.

I live in the UK. In the UK, secrecy and shame are allied to prejudice and abuse. It's the idea that 'this couldn't possibly happen here, with our leaders/in our community/in our church/our school/our council home/our social services.'

But of course, any time, ANY TIME, anyone says this, you can be sure that IT is happening here, in our community, our church, our school, our social services, our BBC - or our temple, our madrassah, our synagogue, our monastery, our chapel.

Opening up channels of communication, respecting the voices of the less powerful and less 'respectable', removing shame and secrecy are a step to creating a more just society that serves all the people in the community and respects freedom of expression, belief, sexuality and much more. There have been huge revelations of abuse in churches, in schools, in the BBC in the UK.

I know people who have experienced the same forms of abuse in similar institutions in other countries, But they cannot talk about it because there is the idea that  'it would never happen in our community', because the abusers are religious leaders, or senior members of the community. So people are silent and the abused are doubly betrayed, both by their abusers and by the silence of the community around them. Just ask the victims of Jimmy Saville or the Catholic Church or the Christian Brothers or...

One of the most obnoxious men I have ever met was a father who would not let his daughters go on school trips because of the sexual dangers they would face from a corrupt British society. In 2012 he was jailed for 14 years for raping his daughter. He used secrecy, shame and religion to cover up his evil doing. Religion really had nothing to do with it, the same as the raping of boys by priests has nothing to do with religion. It's to do with corruption and power (male power on the whole). So actually, religion does have something to do with it. And denial, shame, secrecy and a refusal to confront authority go to serve that power and its abuse.

Hashim questions denial of the obvious.  And the great thing is she does it within her own community. That's something that is honest and revealing. We should all do that, shouldn't we. But we don't.

I'm guessing if Hashim was another religion or nationality (Christian, Hindu, Jewish, American, Israeli, German, English, Australian, Chinese, Japanese, Congolese....), she would be questioning the denial happening in those religions, those countries, those communities. It's an admirable thing and I wish more photographers had that strength of vision and purpose. Sadly, we don't.

You can't see who the men and women are. If you could, it would be questionable. Would it put the subject's lives at risk as one writer suggested? In Denmark? I hope not, though it's possible there was a projection of values from a place where religious tolerance is less well-grounded. Again, Hashim's work is a positive reflection on the community of which she is part. I guess a lot of people don't like it. But it doesn't mean they have to kill her. Why would they?

But if it would put lives at risk, then it is even more important to challenge the values that would have people killed for having sex with a lover in a car. Challenging those values is a matter of life and death and the work becomes even more important. This might not be the right way, but at least it's a way.

But you can't see the faces in full so I don't think it applies.

But I don't mind contentious and even voyeuristic photography. I quite like it even. Kohei Yoshiyuki, Merry Alpern, Txema Salvans, Mishka Henner, Donald Weber, Tony Fouhse, Sally Mann, Timothy Archibald. It's all good, though some of it is dubious; sometimes I get the feeling it's only ethical because the people who make it are so good at defending their work. They punch back in other words. If you don't like Hashim's work, then do be consistent and rule out all of the above and much, much more.

They wouldn't show this if it was Japanese.

No that's wrong. Nobody said that. Let's try again...

They wouldn't show this if it was Christian

No, you have David Magnusson's Work instead.

Which is a bit different. If you're not familiar with the shock of images of Christ in art, here's an introduction to Piss Christ by Andres Serrano. .

But ultimately, humour is the best way to deal with these things. So if you want to know more about representations of christianity, I suggest you watch Father Ted, an |Irish comedy based on 3 priests living on Craggy Island. This deals with all the contemporary problems facing the catholic church including addiction, corruption, inbreeding, sexual misconduct and the seven deadly sins.

And if you want a muslim equivalent (but only if you accept that shia are real muslims - if you don't, oh well, off the blog please) there is the Iranian masterpiece, The Lizard, a comedy where an escaped convict steals a mullah's clothes and identity and shows up the corruption, venality and lack of charity of the established religious forces.

Another Cadillac Song just because...