On Becoming Part of the Landscape: The Himalayan Project 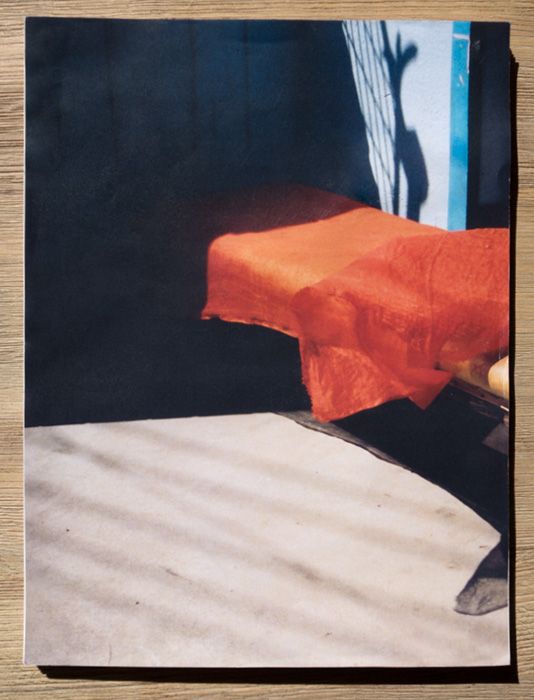 Following As Dust Alights and Some Windy Trees, Dzogchen is the final part of Vincent Delbrouck's Himalayan Trilogy.

It's an interesting series where several different things merge;  Delbrouck discovers both himself, the places he lives in (Kathmandu in particular) and the way in which philosophy, photography and ideology merge in a project where landscape, typology and the urban environment all feature.

At times there's a battle with the exotic, but by the time you get to Dzogchen you get the feeling that Delbrouck has won this battle and is getting into the soul of the place. In that sense, the book, the series even, is a meditation (and Delbrouck is into that ) on a particular kind of migrant lifestyle. It's a roll through the stages of being a stranger in a foreign land, and using photography and the visual to become part of it.

It's those parts that are interesting. In Dzogchen, Delbrouck photographs trees, rhododendron bushes and river valleys (these are the most obviously recognisable part of Nepal in the book). It's mostly shot in high Himalayan light with the chaos of dust, wiring systems and concrete setting the scene for the animated chaos that was (pre-earthquake) Kathmandu.

There are pictures of mountains and temples but these are second-tier offerings, pictures of pictures stuck on walls. Add to this the text which gives us an offering of Delbrouck's fluctuating view of Kathmandu life; a world where brain-eating amoeba, trips to the library, stomach problems, and photographic wandering tell you exactly where the pictures are coming from.

The title, Dzogchen, refers to the state of perfection of the natural order of things, so one way of looking at the book is to think of it as a series of random moments that have a certain natural perfection at their heart. But you can see it in other ways too. 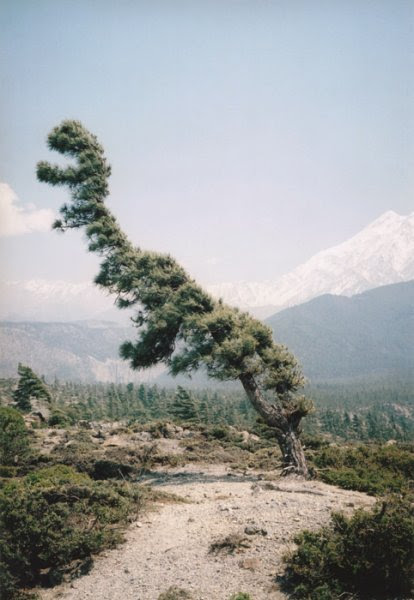 Dzogchen follows on from two earlier books in the series, Windy Trees and As Dust Alights. Windy Trees is exactly that - a typology of sorts; pictures of trees in rural Nepal (I think_ that have been bent, stunted and shaped by the wind. As Dust Alights is an entry point to the project, a portrait of Delbrouck's arrival in Kathmandu, initial impressions of being in a place, falling in love with a place, getting a feel for a place.

The Himalayan Project can be seen as hitting the high points of biography, geography and metaphor. The autobiography and geography are those of Delbrouck and Nepal. And the metaphor of the three books is that of the new arrival, the migrant, the expatriate, the stranger. It's the stages of finding a place, both on a personal level and on a cultural level.

As Dust Alights is the initial love-affair of arrival, the curiosity, affection and excitement one gets. Windy Trees is the transformation of self, the shaping of one's world-view, and Dzogchen is the coming to earth, the realism of the transformed view.