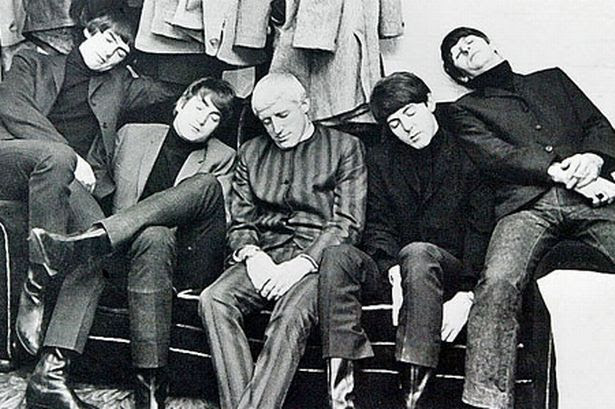 One of the problems mentioned by Sohrab Hura in the previous post was the difficulties experienced by women photographers.

I think one thing it is very easy for men to forget about is how difficult this can be, not just on a financial level, or a being-taken-seriously by editors, or getting paid less because you're a woman, but also how general everyday harassment can affect women photographers - or indeed women everywhere (there was an item on the radio about the effect of sexism and harassment of female surgeons in the UK this morning - it's everywhere and even when it sounds relatively harmless, it's not. It's insidious and damaging for so many reasons).

Photography isn't just a local business anymore. It's international. There are prizes, festivals, and workshops all around the world. And harassment does take place at these events and especially in meetings and communications leading up or coming after these events.

Phony connections, photographs (look how much I can help you - here's a picture of me with this person) and exaggerated influence (I can help you win this prize) might be dangled in front of people, accompanied by a sleazebag 'I scratch your back, you scratch my you-know' vibe. It's a photographic perving and it happens more frequently than we like to imagine, done by more people than we like to imagine.

And of course, it is most often to those who are less confident or powerful in places that might be off the photographic beaten track in some ways. This is especially true in more conservative places where the very act of a woman even wanting to be a photographer is a challenge.

Very often, women don't want to speak up because they think it will bring shame to themself, to  their family or threaten their career or make the rest of the photographic community angry (because if you look at photographs, or on Facebook or Twitter or whatever, we're all friends with each other and support each other).

Speaking out won't make me or most of the people I know angry, even if the person they speak out against is friends on Facebook or whatever. Being friends on Facebook or wherever is  a superficial thing. Being friendly with somebody on social media doesn't mean we would forgive our co-writers/photographers/editors/judges their concealed sleaziness, Similarly just because somebody appears in a photograph with somebody (as in the picture above) doesn't mean they sanction their behaviour or are even that particularly close. But unfortunately, we don't see the world that way.

The problem is women photographers in many places have no outlet for their complaints. They feel like they can't complain themselves; it's too embarrasing, it's career threatening. There's the idea that it might be just 'cultural differences? (no - it wasn't),  and of course there's the family. And at the end of the day, who can you complain to? Especially if the harassment consists of something that isn't illegal, that might appear quite trivial, that is joking or banter or just part of normal human communciation. Except of course it's not.

I'm writing this post because I've had complaints passed on to me from distant lands and I don't really know what to do about them. Maybe just staying quiet is the best thing. Except it's not.

But at the same time, I don't think having trials by internet is the best thing. Trial by internet is a not a good way to do anything for so many reasons.

But there is a problem that exists and it needs to be addressed, especially in a niche of photography that likes to think of itself as so right-minded (we're not in Terry World). There should be some kind of outlet for complaints, a code of conduct if you like -  a little equal opportunities section to tag on to the special events that take place across the globe.

Maybe it's time that photography festivals, awards, workshops, agencies had a basic code of conduct with accessible contacts for complaint so that grievances could be addressed when they happened. So there is at least some kind of forum for complaint.

Maybe it could start with the big guns who run workshops and events as part of their overall profile, all of whom I'm sure have some code of practice in place already; World Press Photo, Arles, Aperture, Deutsche Borse, Magnum, National Geographic, VII, Paris Photo, and filter down?

It might not be much, but it would be a start.

Thanks for bringing this up Colin and for you following up Osuke. I completely agree that we should set standards and have code of ethics. It will be disputed and not everyone will agree, but the industry certainly needs it. I also think if you know of specific allegations, you, or whoever is the alleged victim, should speak up and be specific. I know for sure that many of us will be supportive.

Thank you Shahidul. The roblem goes beyond one individual and the question is how can photography be made less accepting/willing to turn a blind eye to abuse. A code of practice for festivals and workshops, together with a simple complaints contact would be a start - not ideal, but something. The question is why are so many people unwilling to talk about the problem in photography - whilst in other areas, such as education, this behaviour would be far less likely to happen and there are specific avenues for complaint etc.

Yes. A written anti-harassment policy is table stakes. You can't punish anyone, you can't sanction anyone for bad behavior without one.

So write one and adopt it. It's a no-brainer in this modern world.

Fits well with the new UN 17 Goals for a Sustainability Future
#5: ACHIEVE GENDER EQUALITY AND EMPOWER WOMEN AND GIRLS

Equality and empowerment include freedom from discrimination and violence. It also includes making sure woman have their equal share of leadership opportunities and responsibilities, as well as property ownership and other concrete reflections of power in society. Note that the Targets for this Goal make several references to the need to be nationally “appropriate” in interpreting what they mean.

Review specific targets for Goal 5 at the UN SDG website.

Explore our collection of tools & resources for making gender quality an integrated part of your life and work.

FYI. After a Senate Report on sexual harassment in art schools in France, a union of High School of Art just signed a document to inform about harassment, ways to talk about it and referees. A first step that shows that there is a problem which really handicap female students.

Thank you for writing this, Colin. It is time to name and shame, one hopes, so that we don't get harrassed further, or at least, know who are the sharks to watch out for. There's the 'editor' of .(edited here)...., who has sent me photos of his bedroom, with explicit (and clearly unwanted) text messages. All this, despite the fact that I hadn't even met him, let alone, ever struck up any conversation that would have expressed any interest. Me rebuking his creepy advances resulted in him reminding me that he's influential since he is a judge for many grants, awards and yada yada, an apparent gatekeeper. It resulted in a simple Block and Ignore policy from me, but I now realise, I should have taken screenshots. My only question. Even if I would have taken screenshots, would it have helped?


Thanks Anonymous. This has been edited. Would screendhots have helped - I'm not sure. Other people have screenshots.

I think what would help for the future is organisations having policies and complaints procedures (ie a contact name) so if anybody does this in connection with their organisation or award, there is somewhere to complain to.

Sahidul, Mahesh Shantaram and Ronny Sen are doing an amazing work in collecting evidence by contacting victims and gathering screenshots conversation. I'm so impressed by the Indian photographic community strength and solidarity, reading them has been very empowering, there are tackling important issues like abuse of power and credibility, recognition, fame... I'm just a bit better at other parts of the world which should feel as concern. No official or public solidarity from established female photographers from the Middle East or Europe. I know women photographers who knew how Manik was acting and still collaborated with him. What are we ready to do to be published? The only smart think Manik was able to do is choosing his victims, young ladies who were not very established, or interns...all of us impressed by his 'pseudo' influence. Which comes to an other issue which is how come someone who had a very poor knowledge of photography managed to be the guest in main photo festivals like 'Arles' or Paris Photo and was doing portfolio review ? Manik is not the only one unfortunately, experienced photojournalists asked me 'to pass by their rooms' if I wanted some advice on the field... If you speak out or say no, you are the black sheep...