Stacy Kranitz In Conversation in Bristol 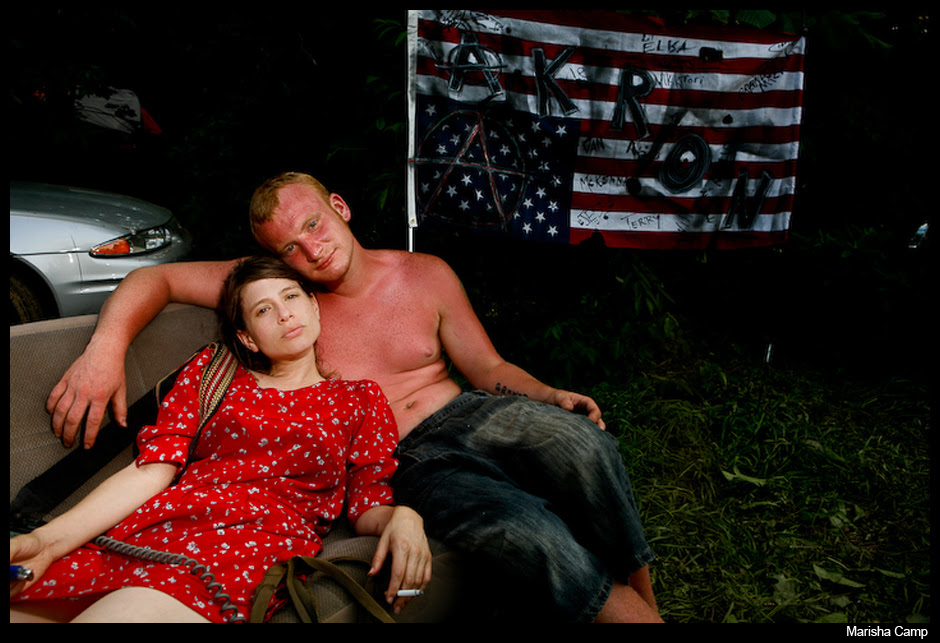 I'm in conversation with Stacy Kranitz next Monday, 2nd November. It's at IC Visual Labs in Bristol. Entry is £2.

Stacy Kranitz is the real deal in photography, somebody who puts her heart and soul into her photography.

I think we'll be talking about family, photography, education, skating, Appalachia, Leni Riefenstahl, various Bruces with various spellings, putting yourself into the picture, and much, much more. Actually, I'm kind of hoping Stacy will be talking about that stuff.

Here's a taster for you.

From an interview with Stacy Kranitz, 2013.

“I’d get hit on a lot and people would ask me what is your heritage and then I’d say I’m Jewish, then they’d look at me and have a drink then have a think and conclude that “you’re still a woman” even if you are Jewish and still hit on me. Hatred fluctuates, it ebbs and flows and sometimes one thing will outweigh another. I was pushed up against walls and yelled at and called an Israeli spy, but I liked the fact that it was difficult and I had to gain people’s trust.”


“I grew up in a really violent house. There was a lot domestic violence from my father and later on my brother too because it’s all very much a learned behaviour.”

“I loved my father because he was trying to be a good father but he couldn’t control his anger. I grew up in an upper middle class house in an upper-middle class neighbourhood  so you wouldn’t expect it. The cops would come to our house every week, and it was very confusing and very insular. It became this dark thing we couldn’t get out of.”

“So I’m looking for these different levels of families where people create their own value system and sense of right and wrong and Skatopia is such a wonderful place for that. It is a very open place which is very accepting of people with cameras. I first went with a friend but later I had a boyfriend there for 3 years (every project I do I get a new boyfriend. I have a lot of projects on the go at the moment so I have a lot of boyfriends) and it infiltrated my life to the point where the personal and professional merged.”

“People dismiss anthropology for its dark history but I think they are doing the best job examining their own past to forge new ways of engaging with how to represent culture. Photojournalism is shamefully behind, there is so little self-reflexivity.”
Kranitz references Katherine Stewart as an influence on her work (which is also part of an MFA she is studying for). Stewart believes that over-intellectualising things gets in the way of understanding the incoherent and inexplicable elements in a society. “I see myself, like Stewart, making work that I hope destabilizes the very claim of knowing the meaning of things at all because culture isn’t something that can be gotten right,’ says Kranitz.