Oh God. Not Another Book of Non-Spaces! Edgelands, the liminal, in-between-anything, these are words that should fill everybody with horror. It is quite bewildering why so many people think it's worthwhile to focus all their energies on non-spaces and their bastard brethren when you know that what's going to come out is an exercise in boredom with an even more pointless statement to crank the tedium onto catatonic levels; "I am interested in exploring the non-spaces that emergezzzzzzzzzzzzzzzzzzzzzzzzz..."

Curse the Edgelands, the liminal and the whole clan of emptiness. Fling it onto a funeral pyre together with any project that hits the photo-poet full-house of sea, sky, cloud and cave in its epistemiological statement on our own and this world's mortality. Every year I make a kind of resolution that I won't look at any more. But the problem is that although these kinds of projects never really hit the zingy high-energy mad-bastard levels I like in a project, there are so many that, when done really well, are thoughtful and really good. There have been a few this year (Ama Lur in particular) that do the sea, sky, cloud and cave thing really well.

And that's where Martin Cregg's Midlands fits in. It's a book of all those in-between spaces that just does it really, really well through intelligent use of the whole book form. 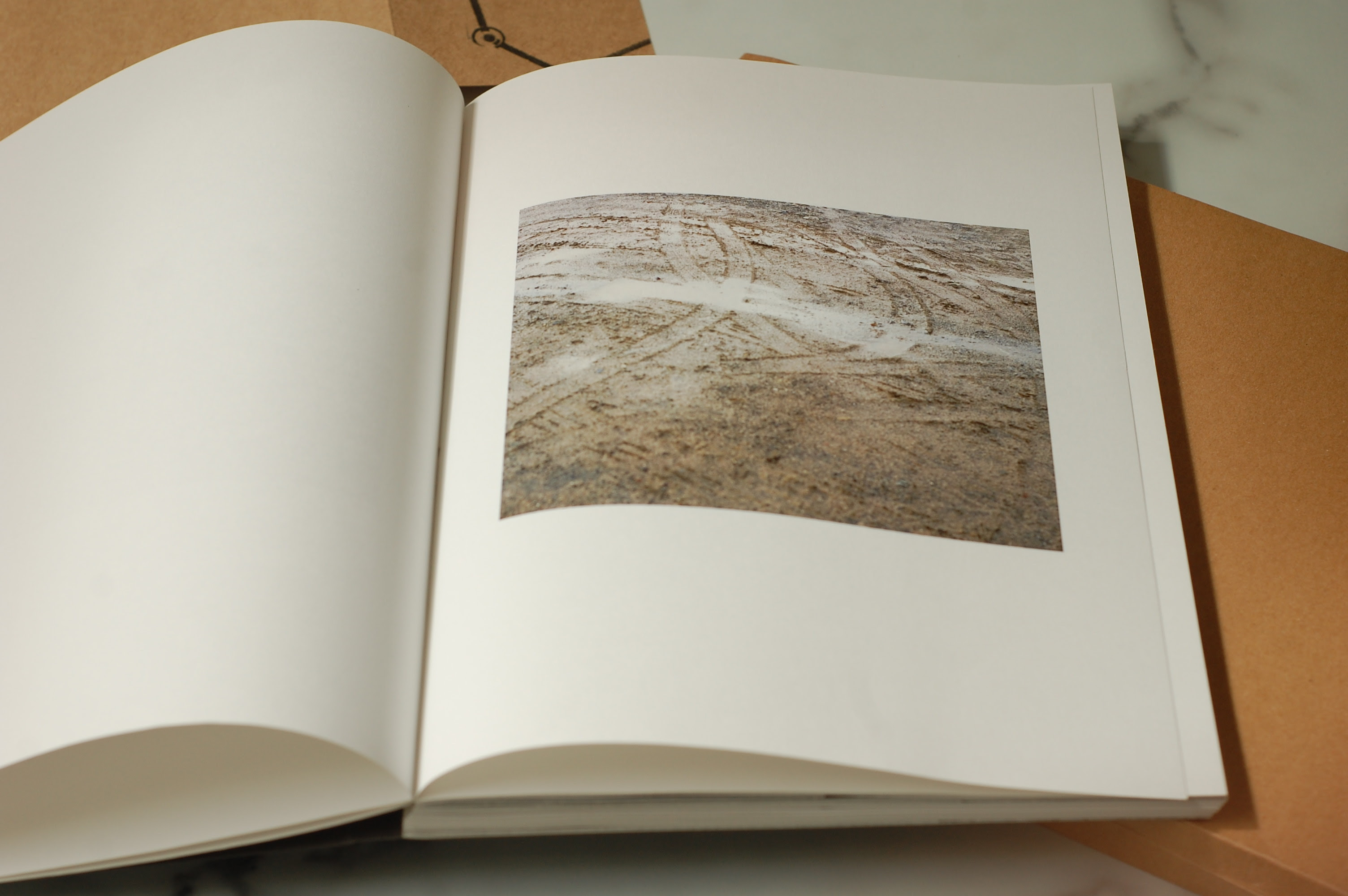 But the basic idea of the book is it's showing the construction and collapse of Ireland's housing market using the 'National Spatial Strategy' housing/development/repopulation plan as a kind of metaphor for the disaster that is the Irish housing market. It goes from the boom years through to the comprehensive economic collapse of 2007 and beyond, through the newly-build housing estates of the Midlands area of Ireland. It's a boom and bust scenario in other words, and Cregg is photographing how that affects the landscape.

It's beautifully presented. The book comes in a manila envelope with a string tie. The book is covered in manila card with a map like design on it.

The images start with rough pictures of dug-up earthworks; construction. Then we see the houses, with little fold out booklets camouflage-folded into the middle of the book. These show additional images or extra information (one problem with the Midlands National Spatial Strategy was nobody could agree on where the Midlands were).

There's grass, there are fences, there are various tones of grey, concrete and brick - places that fit that idea of the liminal or the non-place. But here they kind of go beyond that. They fit a political and metaphorical picture of housing speculation gone wrong, of construction and destruction, of dead ends and estates haunted by the spectre of housing speculation gone bad.

Midlands is ultimately rather sad. It's a colour chart of soul-less construction (that's where the Heidegger kicks in I know) where banking profit and speculation creates a colour chart of how colour and vitality can be removed so fully from a place. It's a book about housing bubble voodoo economics where the content fits the design and the surface subject matter (space, non-space etc) actually has a political and economic point to it. It's really very good.