Nothing Surprising: The death of Istanbul 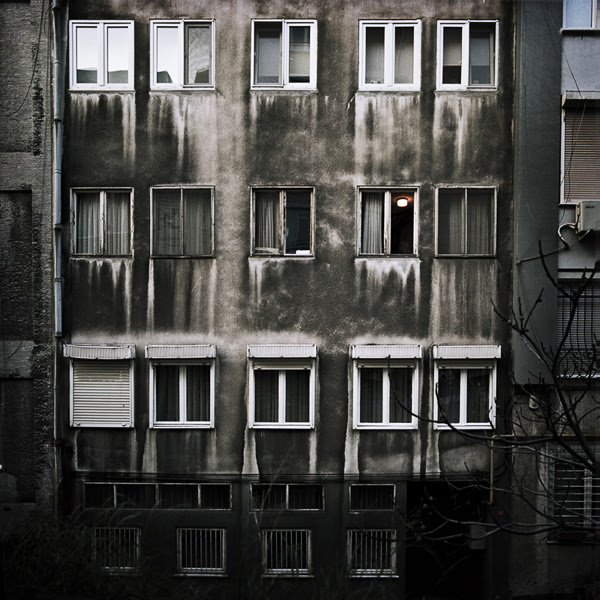 Nothing Surprising by Ali Taptik is a book about Istanbul, about what lies on the surface, what lies beneath the surface. It's a book showing disparate images of the city underscored with an edge of trauma and violence. The pictures appear on the outside of the French folds. On the inside are pictures of newspaper pages  from Taptik's childhood, a period that mirrors the current period for state violence. 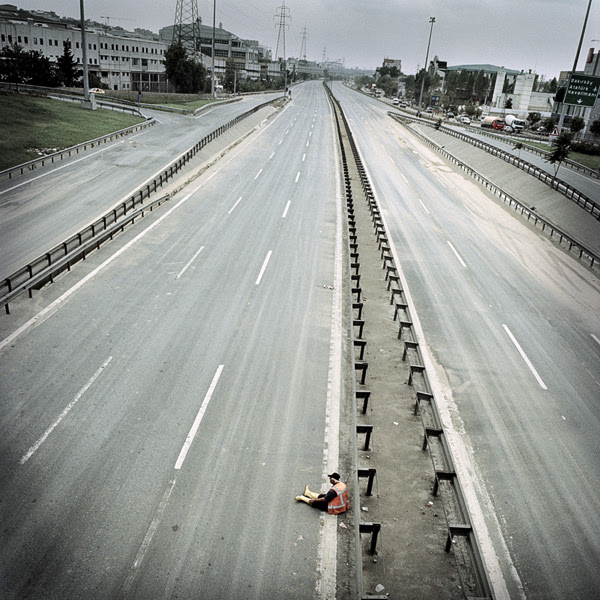 The context for the book comes from a small text enclosed within its pages. 'Some time around October 2008, when the financial Crisis exploded, all my friends who happened to have studied architecture like I did , lost their jobs. As the prime minister talked about how these economic events 'tangented' the country, we, young people who were growing up together, suddenly realized our precarity. There was a constant air of crisis in the air. My initial reacation to all this was to portray my friend's idle states in their apartments. Meanwhile demolitions started in certain parts of the city, which would soon take over the more central and visible neighborhoods. As I wriete these words, another coming age of the rebuilding of Istanbul has begun, for the n-th time.'

So that's what it's about; the death of one city (again), the rebirth of another in the midst of political violence, repression, protest and personal conflict.  At the same time freedom of expression is being strangled and those, like Taptik, who have a political conscience and a voice, are left strugglng to find a way to express protest that is being smothered by fear. 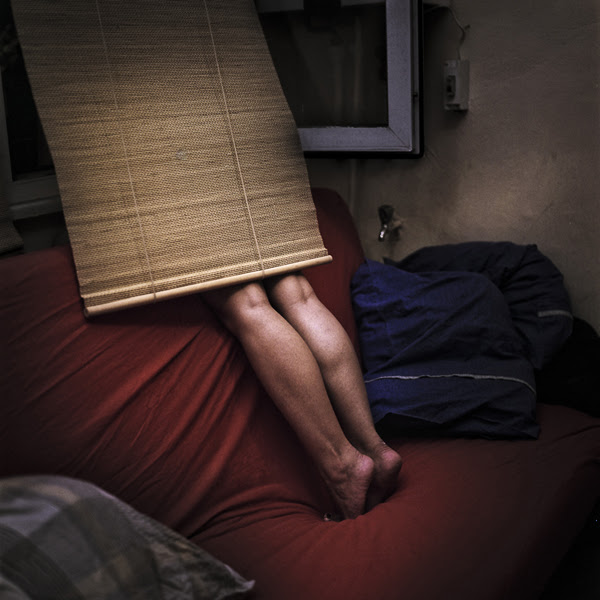 It's nothing new of course and that's where the newspaper inserts (which you can't really see) come in. They show
the events of 1993 when a series of assassinations and deaths of  politicians, journalists, and generals transformed the ongoing negotiations between the government and the Kurds.

Taptik says his architectural study ties in to crisis and resistance in a local urban context and that this book and his previous volume "Kaza ve Kader"  , he wants to create a more subtle evocative narrative that is personal and political.


So that's the grounding of the book and it's a strong grounding that tells you where the pictures come from and what they mean. In some ways the books need it because the pictures are not that specific. Instead they tell of a general malaise in Istanbul, a malaise that is rooted in the 2008 economic crisis that led to Taptik's friends in architecture (Taptik is doing a PHD in architecture) losing their jobs. But this malaise also connects to the events of 2013, the re-eruption of war in Turkey's Kurdish regions, and the general air of crisis in the air, crisis that has not just happened but has been made to happen.

The pictures start with a mass of people under a giant flag, a Turkish flag, the people beneath bathed in red. Soot-stained apartments, a hirsute and hefty middle-aged man in a string vest wired for medical monitoring, and a child running from a miniature bonfire establish key themes; construction, destruction, uprooting, unravelling, chaos emerging out of control, development creating protest and the tools of protest.

There are personal elements in there too, a woman taking her top off, another (or the same) lying naked on the floor, all part of the mix that makes up the changing Turkey. And more pointed political markers too; a wall with MLKP/GKO (the initiials of Turkey's Marxist-Leninist Communist Party) scrawled across it, a mosque, riot police adn children washing in a murky looking river. The book ends with a man unconscious on the ground followed by another image of red. The future is not bright in Turkey. 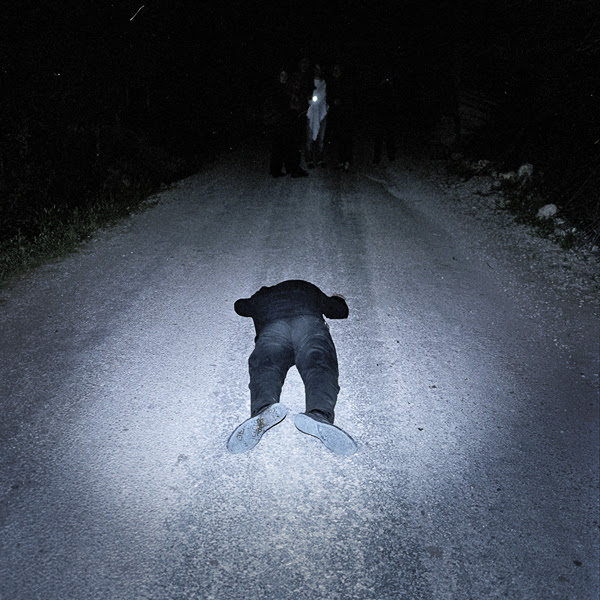 Nothing Surprising is an ambitious book that is more direct than most in its use of images to paint a picture of a particular mood. The ideas are quite direct and the sense of construction and destruction through development, the use of concrete and steel as underpinners of political violence come through in pictures that are stark and uncompromising. 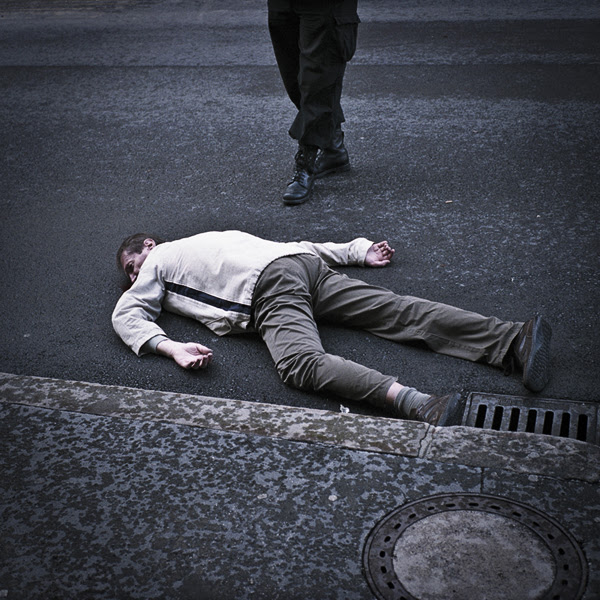 The newspaper French folds don't work as well as intended - maybe because I can't read Turkish, or maybe because the design doesn't suit the content - but the short text that accompanies the book helps pin the book down and stop it being vague. So instead of being a book that is about nothing in particular, a book that could be about any city, Nothing Surprising becomes something much more powerful, a book about a great city going through what might well be cataclysmic change. There's a directness in there in other words, and it's very powerful, a directness I hope Taptik continues to develop with his continuiing work. 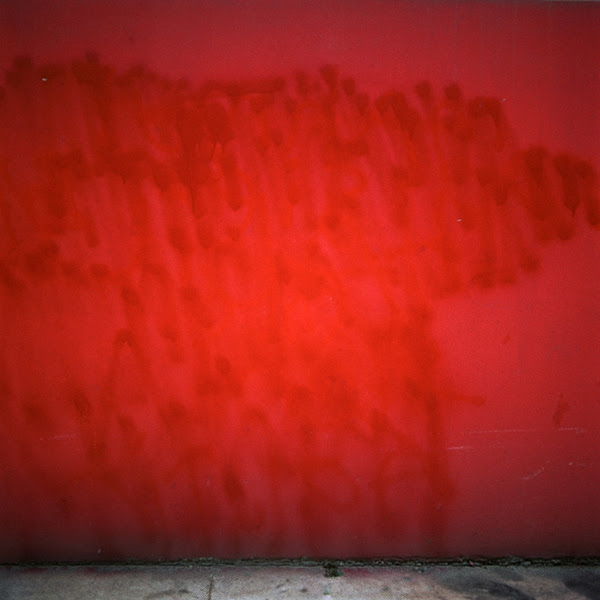