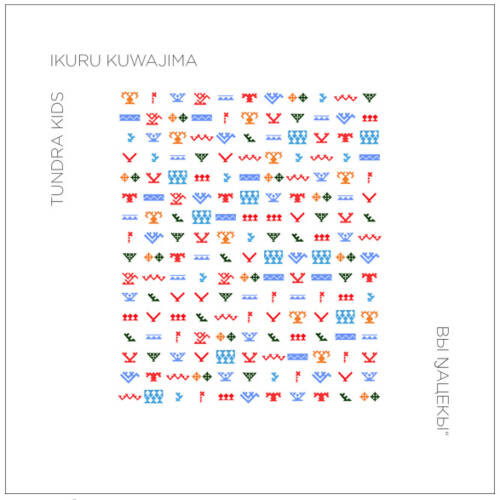 Tundra Kids by Ikuru Kuwajima is one of those examples of a book that matches the images to a form and then elevates it so the sum form more than the parts.

The basic title is to the point. It's a series of pictures of kids who live on the tundra of Russia's arctic fringes, kids who travel with their reindeer-herding families during the summer, but who go to boarding school during the long winter months, part of a very slow process of assimilation into mainstream society.


So Kuwajima shows images of the children at school. It looks quite charming, decorated with Nenet symbols, and mini-chums (chums are the mobile tents the Nenets traditionally sleep in on their herding travels). 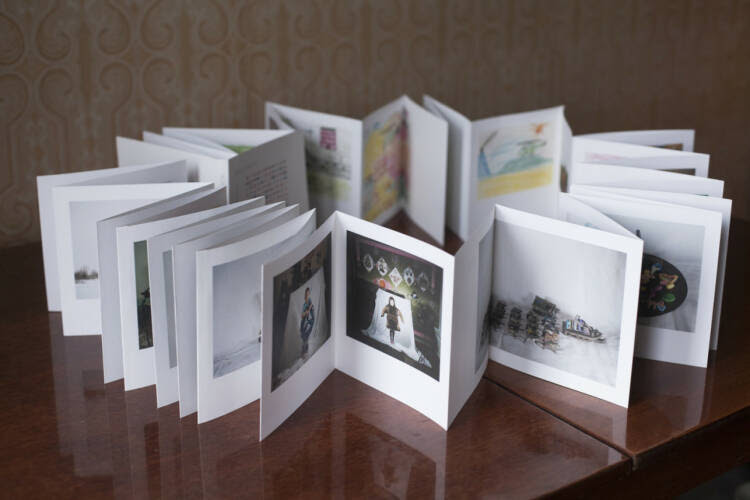 This use of symbols is mirrored by the cover, which is very simply designed, with a square of symbols filling the middle of the page. It draws you in. The book is printed in accordion form, on a rough matt paper. It's a small book, greeting-card size, with pictures on both sides of the long page.

On one side, we see pictures of the children in their classroom. Sometimes they pose with objects that have meaning for the Nenet - reindeer antlers or fur jackets, sometimes they stand in the chum, or in front of the white backdrop that isolates them (rather awkwardly ) in their classroom. Other pictures show toys and artefacts from the classroom, so a bigger picture is drawn up.

Flip the leporello over (can you say that?) and here here you see pictures of the children's lives outside the school. There are a few photographs, of the children with their mothers, their families, with the reindeer, by the helicopter that will take them of to school and back again.

But most of the pictures are drawings by the children, again of the reindeer, of their families, of snowscapes and the chums. These drawings are beautiful, great panoramas of campsites spread under mountain tops, with rivers flowing and pine trees growing. There are sledges, snowmobiles, reindeer and the pyramid-like chums all gathered in a single image, creating a sense of openness to a larger world. It's all very romantic I'm sure, but at the same time it is rather lovely and it tells a definite story. So in some ways Tundra Kids is a modest book, a real documentary project with quite modest documentary pictures. But it is elevated by the simplicity of its form and the engagement of the photographs with drawings that take us into a different realm where it all ends up being rather lovely.

Buy the book here.
Posted by colin pantall at 11:36