Discordia: There is no war, only a multitude of wars; by people, of people, against the people

Moises Saman's book Discordia is a record of 4 years of photography in Libya, Egypt, Iraq, Syria, and Jordan.

It's a record of the Arab Spring then. At the back of the book Saman tells stories of fixers, translators, and managing passage across borders. He talks about being part of the press pack in Libya, of being on a helicopter that crashed while rescuing Yazidis from Mount Sinjar, of seeing the cuts disfiguring the Assad tattoos on Zakariyya, an Assad loyalist who had turned himself in to rebel forces in Syria and was facing a unpleasant future.

But the thing that sets Discordia apart is the mood of the book. It's about the events in North Africa and the Middle East over the last five years, about the transition from demonstration to protest, to insurrection and outright war, with all the gradations in between, but at the same time, it's more than that; it's one of those few and far between books that create a visual template of what conflict might (to those of us who have absolutely no interest in going anywhere near it) look or feel like, and how it happens.

In terms of great war books, off the top of my head (because that's how this blog works) you can go from Vietnam Inc. which is the mass overview of the military rhetoric of war and how that matches up against a photographic version of reality (the two realities don't match), to Gilles Peress's Telex Iran, which is more revolution, which tells us that nobody really has a clue what is going on (there is no reality), with a side-step to Baudrillard and the idea of the First-ish Gulf War as a figment of CNN's imagination (there is no war), where the visual language of smartbombs and night time visuals that look like something out of a 1980s video game there serve the idea that this was a high-tech victimless war that was somehow clean and just. 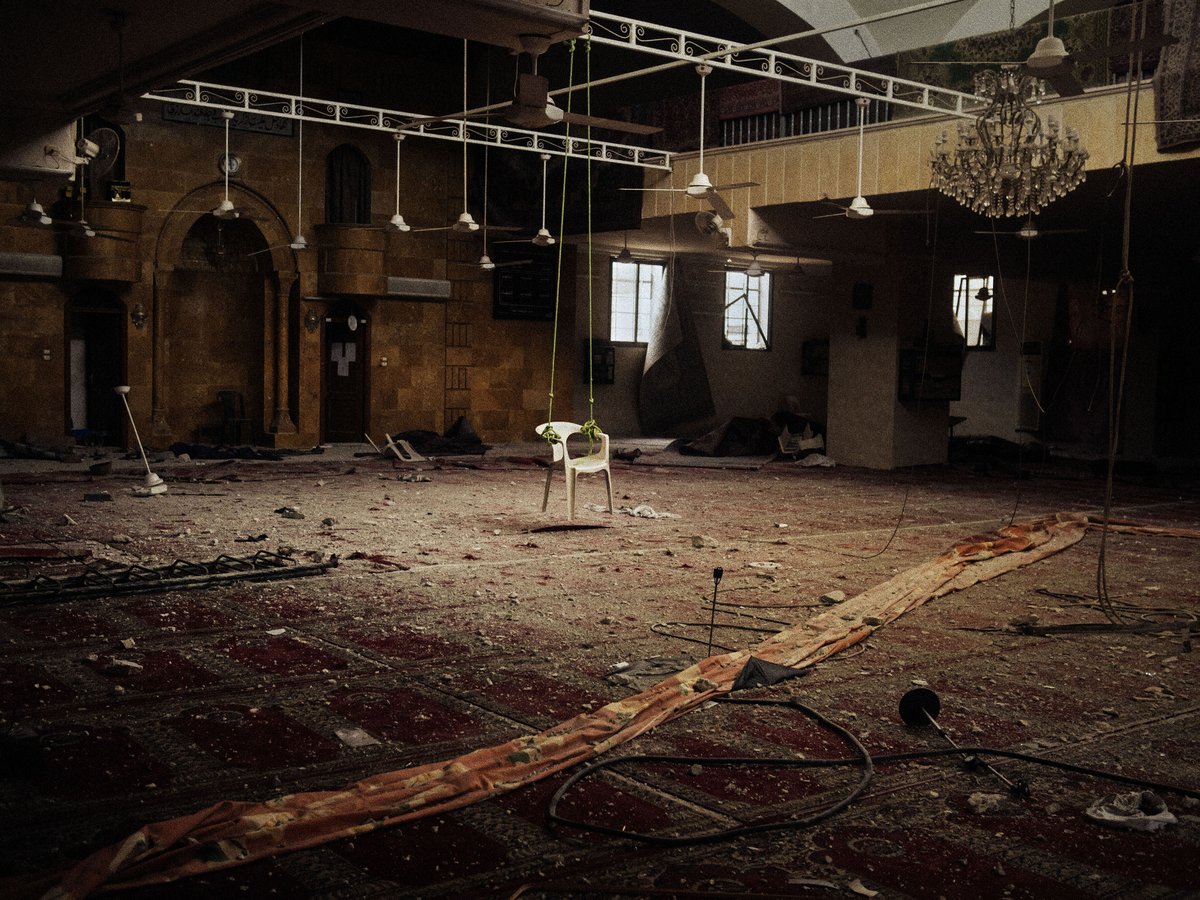 In Discordia, there is no war; instead there are a multitude of wars going on. It gets beneath another kind of rhetoric and because of that you can add it to the list of great war books. Here, war is shown on the ground, in the streets, in back offices, derelict mosques, concrete alleyways, and rubble-strewn streets. There is no distance here. Death, mutilation and torture takes place at close quarters and everybody who takes part or is taken part on is connected to the places where death happens. If Vietnam Inc. shows the disparity between the rhetoric and the reality of war, Telex Iran says there is not reality, and Baudrillard says there is no war, then Saman is saying that war is local, that there is no 'war', there is only violence - by people, of people, against the people.

Death happens in places where people live, in houses, apartment blocks, and schools. It's a neighbourhood affair. Once it happens, it doesn't leave. It stays in the form of the bullet holes, shrapnel blasts, and bloodstains that are left behind. And the smell of that death, the fear, the anxiety, the terror, they all stay behind.

Marae. 2012. Fatima reacts after seeing the body of her dead son, 25-year-old Habib al-Akramah, tortured and killed by pro-Assad militias in the city of Aleppo.

That's what Discordia is; a mapping of war. This is where it happens, enacted by people who we maybe know in places that we live in. It's a community affair. The bombs aren't smart here and the destruction goes far deeper than that of property or even life. Everything is destroyed and we see that in the piles of chairs, and beds and barbed wire that we see throughout the book.

There's much more to Discordia than that, but that is what sticks; the mood, the locality, and the completeness of the destruction. It's a very depressing, but incredibly powerful book; a great book.

Buy the book here.
Posted by colin pantall at 18:39