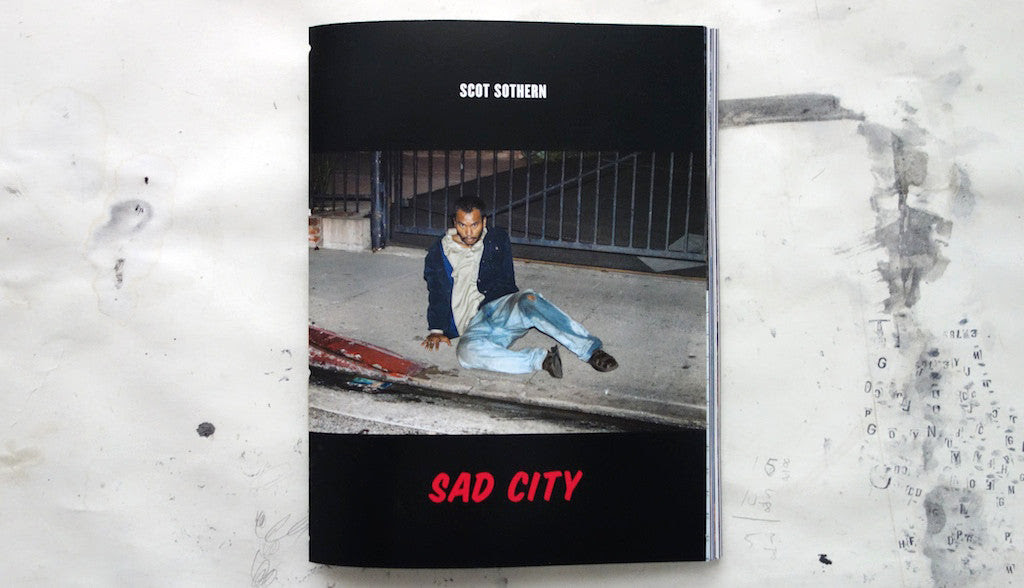 Oh my giddy aunt! It's a new book by Scot Sothern.

Scot Sothern is best known for his Vice Column (the not-so-subtly titled Nocturnal Emissions). This recorded his adventures in the land of low-life Los Angeles, in particular in the 1990s. 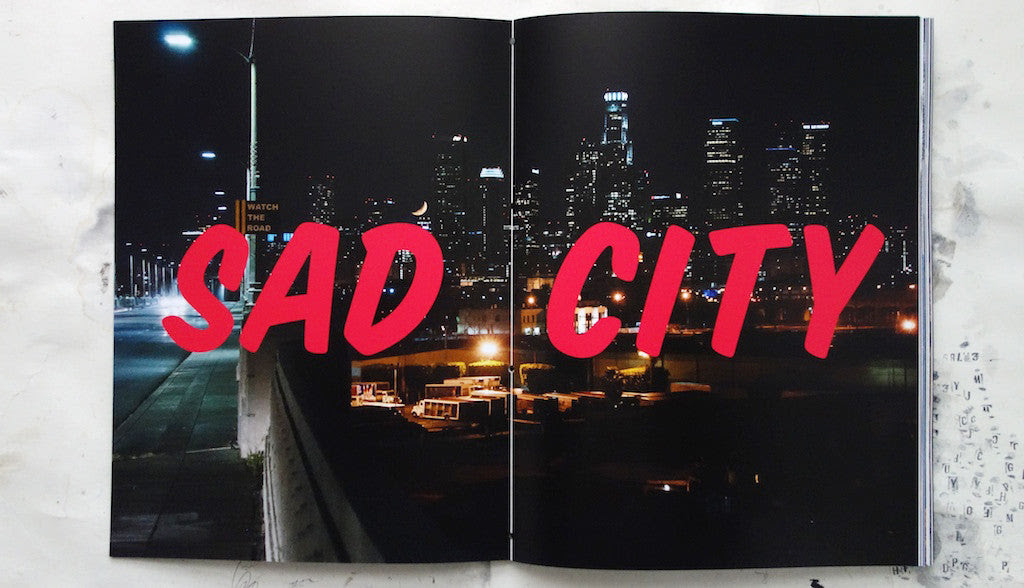 And Low Life was the title of the photobook he made of that time, a time when Sothern was living in high-speed crisis mode, a large chunk of which was dedicated to the buzz of visiting prostitutes in LA during the years of the crack and HIV/AIDS epidemic. It's a strange book, a kind of punter's eye view of prostitution. In that sense it is completely unlike most other photographic representations of prostitution - it's not attractive in Sothern's pictures, it's not alluring or glamorous. It's a client's eye point of view for sure, in the fullest sense of the phrase, but with something else added.

But it's not neutral either. Sothern gives it a pulp overlay which takes in a different direction. That might confuse people. The visual messages are mixed - and the text mixes them up some more. Perhaps that's why it hasn't had as much attention as it should have had. Or perhaps people genuinely don't like it. Maybe people should genuinely dislike it. I really don't know. Or perhaps we prefer our prostitutes to be portrayed in a more orderly fashion. 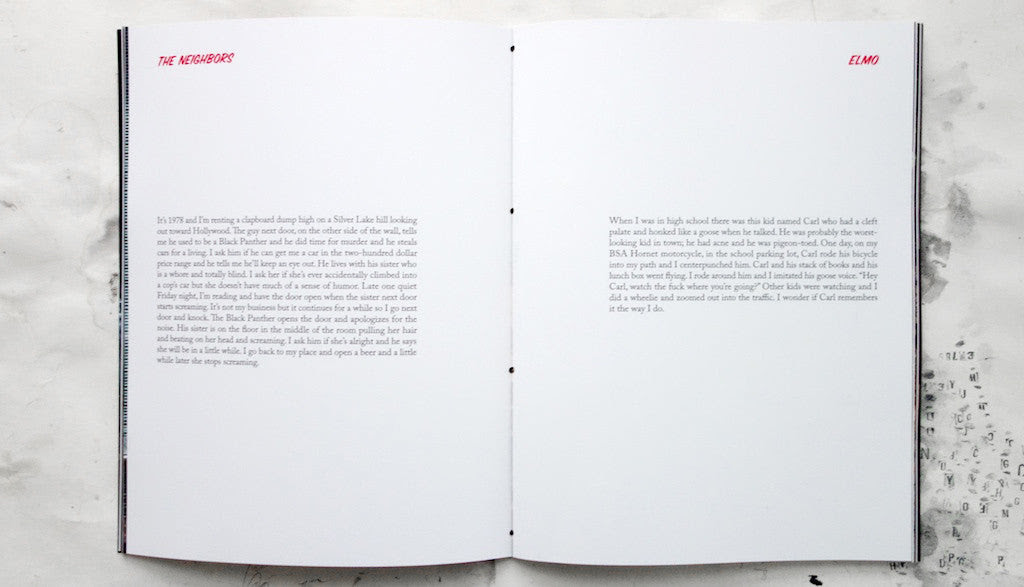 Ethically and visually, it's massively questionable, though not as questionable as owning an iphone, or eating at MacDonalds, or shopping on Amazon, but you know, these things are relative. But then so most interesting photography or art is questionable. On this blog, I've featured so many ethically questionable projects, from Donald Weber's Interrogations (where Weber photographed prisoners who were intimidated/threatened/tortured by the Ukrainian police he was associating himself with), to Stacy Kranitz's pictures of messed up youth and a messed up Apalachia, and Barbara de Genevieve's pictures of homeless men - a project where de Genevieve had an ethical Damascene conversion, decided that the whole ethics and photography question was a load of old guff, did a back flip, and ended up paying homeless African-American men to pose naked in the nearest hotel room.

Having seen a few people perform their theory of what is problematic over the years, I sometimes get the feeling that the main criteria for having the problematic label applied to your work are

a) you are not very good at defending yourself

c) you care too much about the criticism

We all have our little grudges and and grievances, but hopefully we are self-aware enough to recognise this and to peg back our displaced outrage on at least some occasions. 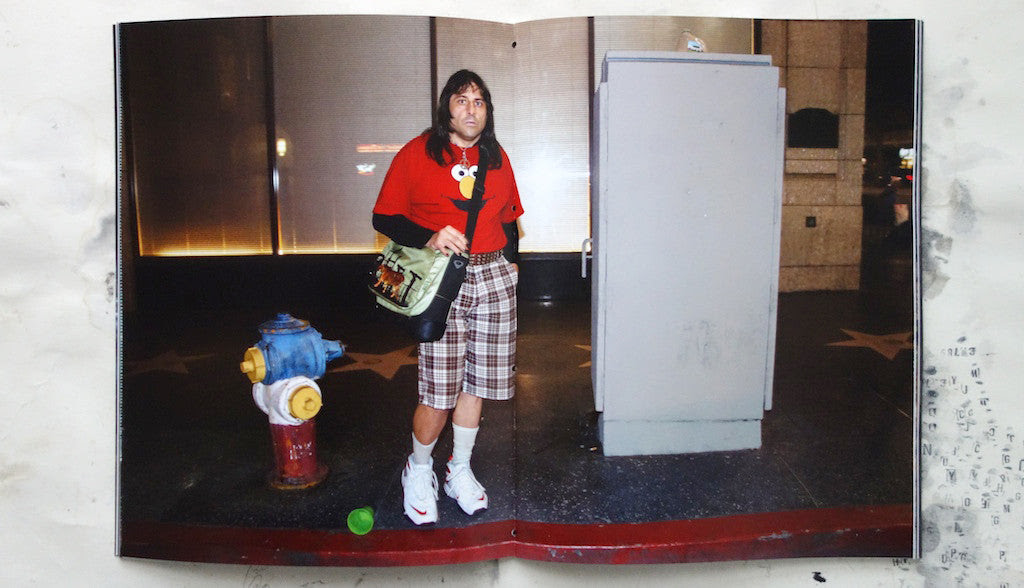 So back to Sad City, the book by Scot Sothern. Well, hard as I try not to, I rather like Sad City.

I shouldn't because it's a series of images taken from the seat of a car of the homeless and the marginal, or the drunk and dishevelled. It's not as distant as Doug Rickard's or Mishka Henner's Street View projects (both of which stick with me), but at the same time it's not really work where one can wax lyrical about the empathy, the collaboration and the concern.

Not because Sothern isn't concerned. I think beneath that ethics-free exterior he probably is. He's just not painfully concerned. He's not concerned with a problematic scowl. He might be full-of-shit but he's not full-of-shit concerned. And for that we should be grateful.

It really is tiresome pretending that photography is social work and it can make a difference or change things, that simply showing something can have any long-lasting effect. Photography does make a difference, all the time. It changes how we act and how we think, and it is normally in a negative way. But it does not come from the worlds of the photobook or the concerned. It comes from a different place. 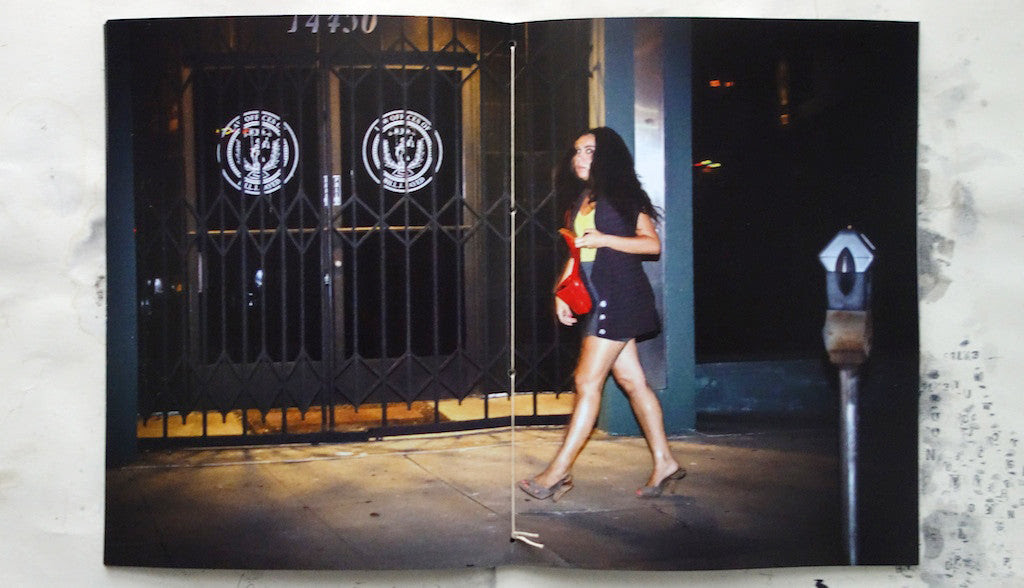 So why do I like it, or more to the point, why do I want to like it. I can't really work out what I think about it. Maybe because it's by Sothern, or maybe because it's published by Tony Fouhse's Straylight, I don't know.

Here it's a case of liking something because of who it's by, or who it's published by, because Sothern's trying to tell a story in a different way, because he's not crippled by self-doubt, because for all its multiple failings, it's trying to take photobooks in a different direction. But that's a positive reason for liking something and it's a reason I recognise. Sometimes you like things because they are likeable, or the people involved are likeable in some way.

Or maybe I simply like it because I'm not supposed to like it. I really don't know. 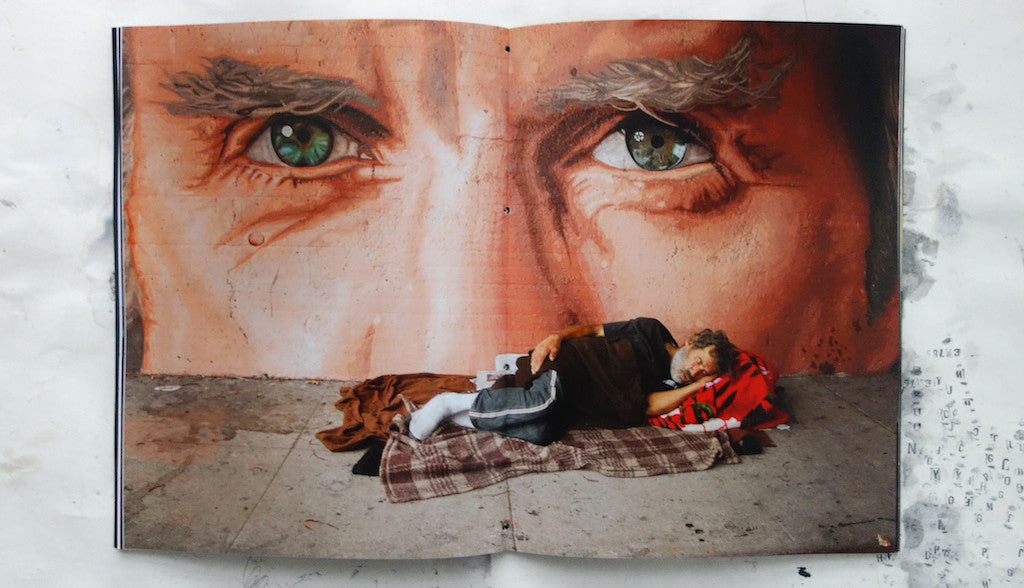 The pictures are of men standing looking macho on roadsides, of women coming out of clubs and giving Sothern the finger, they're of sick people, homeless people, people with bad fashion sense, it's the whole gamut of the poor and the dispossessed, a beginner's guide to the badness of photography, Susan Sontag, Martha Rosler and half of Frankfurt gene-spliced into one,  with polarities reversed all rolled up with a soft chewy pulp-fiction centre.

I like the stories. Some might be from Sothern, some might be from other people,some might be made up. They are stories of gimpy-eyed kids, blind hookers, family violence and small time photo-studios. They're stories of regret, of sadness, of envy and guilt, of squalor. Some of the stories might be true, some might be false, we never really know. It's a series of short stories that roughly tie in with the images, a kind of John Cheever meets Skid Row Elmore Leonard but without a plot or a pinning down. They're about Sothern maybe, but at the same time, they're not. Perhaps that's the part that gives them some salvation, but also their weakness. The stories aren't pinned down, and perhaps they need to be. To make the Sunset Boulevard analogy, it's not Sothern lying there face down in the pool, but to go the full film noir distance, perhaps it needs to be. Because that's who the book should be about; Scot.

Make of it what you will but I like it. Yes I do. I've decided! For now.

When I first heard he was taking photos from a car, I immediately thought- the lazy man's path to living out his 15 minutes worth of fame. Surely, nothing worthwhile could come of it- no human interaction, no immediacy, and certainly no skin in the game (literally) this time 'round.

Well, I think the pictures pretty much speak for themselves- they certainly grab your attention, and sustain it. Scot has finagled yet another 15, and we're all the better for it!

As for ethical criticism, yes, it's all a matter of who and how many are on your side, and how adept you are at telling one and all to fuck off...

Oh, ethics and photography, Stan. I think we are in a similar kind of place there. I'd rather have them in real life than in photography. I know I'm supposed to take them seriously and sometimes I do, but sometimes I just can't be arsed....

They're great as rule of thumb- to be argued, finessed and yes, even upheld. But every dog has their day...