Curation is a Matter of Life and Death 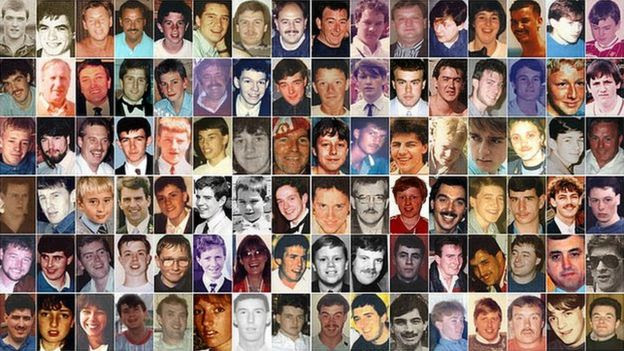 The thing that was most obscene about the Hillsborough Disaster wasn't the photograph of people dying on the terraces, it was the Sun headline based on series of lies.

And it was the words that led to that headline that created an injustice that lasted it 27 years and is still ongoing.

Words held more substance than photography. Journalism ruled over photojournalism even though the words were lies and the pictures were truths.

And from the documentary Hillsborough (which aired on BBC last night), the pictures that caused most offence weren't photojournalistic pictures. They were polaroid pictures of the dead. Printed small, with bad lighting, they were tacked up on the wall of a gymnasium for grieving relatives to scan through and identify their loved ones by. There was no filtering, no ordering by age, gender, or race. To identify your loved one, you had to look into the faces of tens of other loved ones - at faces bruised and battered and crushed to the point of death.

These were identity pictures, but they show how much photography matters. And  it's not just what those photographs show; it's how they show it. The lighting, the size, the hanging, the ability to discriminate between images all matter.