God Help Me: A Post Critical of Jeremy Corbyn

Gosh, it's the start of the blogging year so I was thinking of getting myself gradually into it with something easy and non-contentious like Israel/Palestine or Homophobia v Islamophobia, which one's better, or why I actually do find Donald Trump a little bit hot.


I've been on a Virgin train that is packed to the gills! I've taken pictures of the train. I didn't sit in the aisles, I sat in the corridor because that's how packed it was. There's the picture above. The guy in the beard had the seat Katherine and Isabel were supposed to sit in. We had a reservation ticket for it. But there were no reservation tickets in the seats and the man in the top right corner wasn't moving. And said as much, bless his cotton socks. So we sat on the floor.

So I have a little sympathy for Jeremy Corbyn and his photographic critique of Virgin Trains. But only a little. Because this is the picture of Corbyn on the train.

It's a bit sad and a bit pathetic.

The problem isn't just the fact that Corbyn could have got a seat on the train if he had really wanted to ( he kind of ignored seats that had reservation notes on them for later parts of the journey) and so sideswiped himself (rather than Richard Branson and Virgin Trains - who truly do deserve a sideswipe), it's the fact that he thought this photo opportunity was worthy of himself as the leader of the Labour party and potential British prime minister. It wasn't so much a critique of Virgin as a massive, self-inflicted critique of Corbyn.

Many people who like Corbyn will say, "I want the kind of prime-minister who can't find himself a seat on a train." Which is fair enough if that's what you really think, without any bad faith or self-deceit or outright delusion involved.

But unfortunately, the rest of the world thinks (if they actually bother to look at all) "Is that the best you can do as prime minister?" Somebody who can't work out which seats the reserved signs are actually for or which stops they're for or can't fix for somebody to book him a train ticket?

I tend to wonder if any other leader in the world sit on the floor?

Merkel, Obama, Trudeau, they'd get a seat. Hollande would have a carriage to himself and his barber, Putin, Assad, they'd have seats and probably kill half the people in the rest of the carriage just for fun.

"Ah yes," my friends will say, "but they're all corrupt and not for the people and loved by the people (just look at the meetings and the marches which people who like Corbyn really like). "We want a new kind of leader... one who can't find an empty seat on a train."

What if Corbyn were in a meeting with the Syrians, the Russians, the French, the Turks, the Iranians, the Saudis, the Americans etc. And they didn't want him in the meeting. All they'd have to do would be put a reserved sign on his chair and he'd sit in the corridor.

You attack him with an ill-thought out campaign that backfires onto yourself. It doesn't matter if the next day, 5,000 people go to your meeting and cheer you to the rafters. What could have been a successful critique of the godawful, overpriced rail services in the UK backfired completely. And Corbyn ended up looking like a sad old man sitting in the corridor of a train for the day, too ineffectual to get himself a seat (doesn't he have somebody to book his tickers for him - if not, why not? Oh, I know - "we want the kind of leader who doesn't have people to book train tickets for him."), too clueless to realise what the vast majority of the population are going to see in that picture.

Jeremey Corbyn is the leader of the Labour Party in the UK. His leadership is being challenged by a man called Owen Smith, a man who used to be a spokesperson for a major pharmaceutical company, who despite a respectable voting record, doesn't really have the balls to stand up and be counted when it matters.

The basic problem is Corbyn (as this article states) has been right most of the time - if you're a political leader and you didn't know that Iraq would end in disaster and was fought on principles of vengeance, conceit and deceit, then you don't deserve to be a politician. Or maybe you do. That's the point of Corbyn I guess. But being right isn't always what matters. It's the way that you say it that matters. It's like the 1980s when you would get the Calvinist Left stating in no uncertain terms what was right and what was wrong, what was good and was bad. They'd be right, but they were just awful. So... So, I'm not sure what.

I'd vote for Corbyn above Smith, but then again, I'd rather not vote for either of them. In fact I won't because I'm not a member of the Labour Party. Corbyn will win a Labour Party election of 500,000 members now that he's been allowed to. Smith won't. What matters is that neither of them could win a national election. Some people think that doesn't matter, or that image doesn't matter. Or that you don't need to have leadership qualities to be prime minister.

And there lies the problem.


Here are some more pictures of British politicians and Cherie Blair. This is Cherie Blair getting papped the morning following  Labour's Election Victory after 18 years in the wilderness. 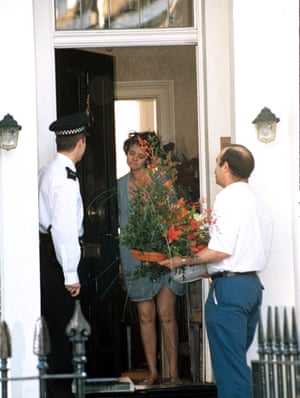 This is Tony Blair by Alastair Adams, a kind of Dorian Gray painting that doesn't quite compare to the reptilian skinned reality of what Blair has now become.

This is former Labour leader Ed Milliband (gosh, he looks like a fucking statesman now) getting a bit of underhand anti-semitism for eating a bacon sandwich in an awkward way. 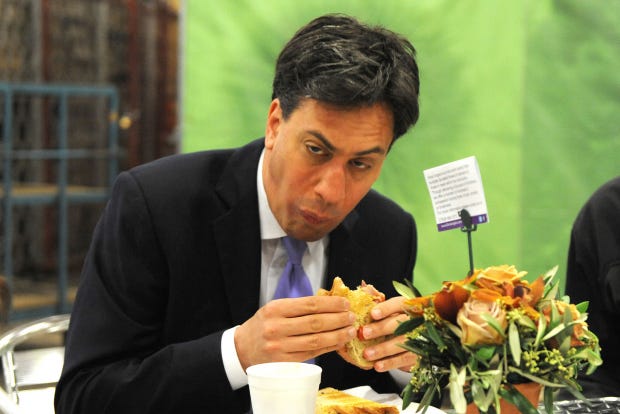 Oh, and this is David Cameron (and Boris Johnson) as members of the Bullingdon Club. They willingly had their picture taken for this one, but somehow don't want it to be publicised. 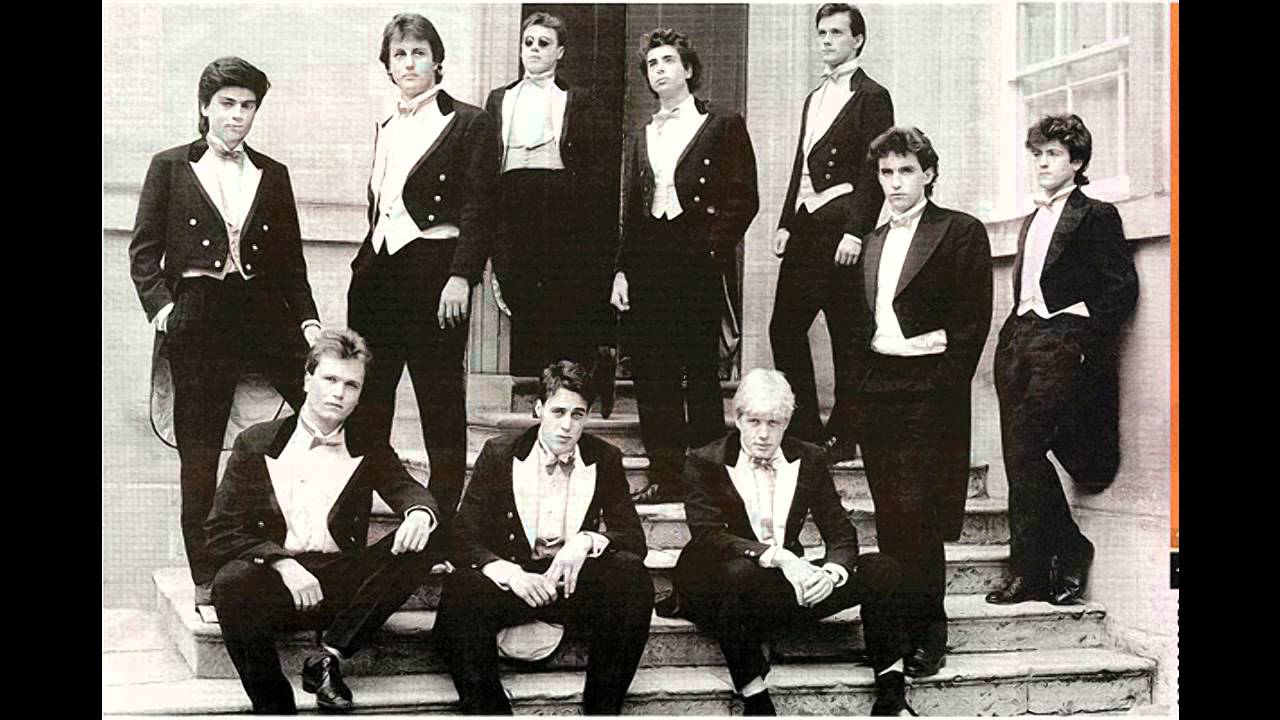