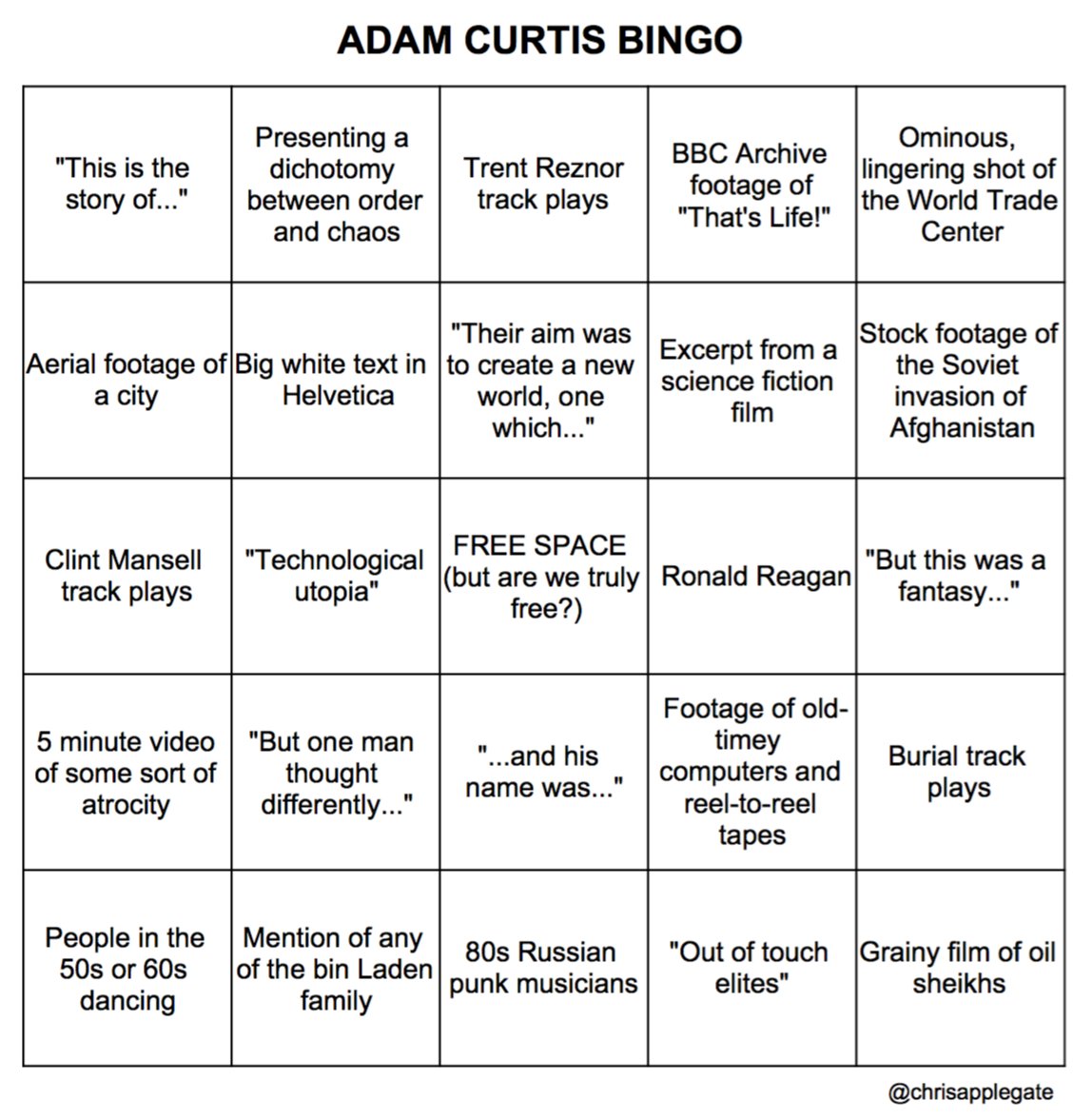 I feel a bit bad hating on Adam Curtis because I really liked Century of the Self and the one on Afghanistan.


But Hypernormalisation feels like a rehash, it feels like he's going through the motions, it feels a bit too dicey and speculative and made up. It feel like what it is critiquing (which is the Spectacle basically).

Part of the problem is Curtis' voice. He's not God, so why's he using his voice.

The other problem is the stream of snippets of  stuff that is thrown at us. We're living in the age of snippets of stuff and it is really quite exhausting. Especially when the snippets are selective in the extreme and have a time limitation. Nothing is older than the age of the archives he is picking from, too much is left unsaid, and the examples he chooses are often two-dimensional.

In Hypernormalisation, there's a snippet of Patti Smith being vague and apolitical  and uncommitted and harking on about some irrelevance in a two-dimensional sort of way - but you get the feeling that is what Curtis is doing with this film,

You also get the feeling that he could just as well do exactly the same programme but put a rightist spin on it and it wouldn't be too different.

The real problem is there are parts of it that are absolutely fascinating but that the voice Curtis has made his own is really a barrier to our understanding. There are three hours of headache-inducing footage with too much noise, incoherence and questionable material that lacks a certain substance and depth. He's been trapped by his own branding it seems, which is a shame because there's probably about 5 or six top-notch documentaries in there.

Play Adam Curtis Bingo here (it should have "But then..." in as well) and there's a South Park parody I'm told (thanks Alex and Mark) but I've never seen it and don't know where.