1.          Sofa Portraits is now available for pre-order from my website (orders will deliver in October/November)   The pric...

School Uniform: A 12-year sentence of stupidity and polyester

My daughter finished her GCSEs (the exams 16-year-olds take in the UK) this month and finished school for the year. And as she finished school so she also came to the end of a 12-year sentence of wearing a school uniform.

It is a sentence in my opinion (Germany, which understands the linking of enforced youth dress to fascism, is also right in this regard). The school uniform is a tool that is used to consolidate class privilege, colonialism and social difference. People have been bullied, beaten and killed because of school uniform. Uniforms are used to profiteer and divide.

In Britain uniforms are used for social cleansing; There are schools in cities around the country  where not having the correct shoes/blazer/shirt serves as an excuse for a kind of economic apartheid as in this example from Kensington in London - but also for a quite deliberate social exculsion that amounts to social cleansing. I know in Kensington in Liverpool, children have been excluded quite deliberately because of uniform and of course the people being excluded are those with the most complex needs; asylum seekers and unaccompanied minors. And by excluding them, you immediately improve attendance records, exam results and so can get a better Ofsted mark and league table grading. That's how education works in Britain. You destroy the lives of real people to improve your imaginary numbers.

Possibly the worst thing about school uniform though are the absurd rules that come with it. These rules are arbitrary and enforced with varying degrees of stupidity around the country. They cover skirt length, badges, wearing of ties and colour of shoes. Make-up and hair can be tagged in for good measure. Here's a picture of my brother-in-law a few weeks before he was expelled from his school for having long hair. He's the one half-concealed by the foot.

The only consolation of school uniforms is the existence of small rebellions against them; stripping ties of the coloured threads, making ties short and fat, making ties long and skinny, rolling skirts up to make them shorter, sneaking in some jewellery or make up, and wearing of badges (the only badges officially allowed when I was at school were the kids who wore Jesus Saves badges. That's the kind of school I went to. Jesus Saves! Jesus Wept!).

During the recent hot period in the UK (temperatures reached over 30 degrees - that's enough to kill a pure bred English person, but pure-bred English people don't exist and never did so nobody died, they just complained and sweated alot), both the stupid rules and the small rebellions were on offer all round.

An example of the pettiness of control comes from an email sent out by my daughter's school (the only place in the UK where David Cameron was egged (it missed) during the 2015 election I'm proud to say) two weeks ago.

If you have ever wondered why it is stressful being a high school teacher in the UK, think of having to work in a regime that comes up with this kind of stuff. Think of the professional development courses you must need to do to be able to write this kind of message with out being overcome by complete despair.

The consolation is in the small retaliations against gross stupidity. The best example was this one from a school in Devon where the boys were forbidden from wearing shorts, but not skirts. So they wore skirts. Brilliant.

Some had borrowed from girlfriends, others from sisters. A few had gone the extra mile and shaved their legs. When the Isca academy in Devon opened on Thursday morning, an estimated 30 boys arrived for lessons, heads held high, in fetching tartan-patterned skirts. The hottest June days since 1976 had led to a bare-legged revolution at the secondary school in Exeter.
As the temperature soared past 30C earlier this week, the teenage boys had asked their teachers if they could swap their long trousers for shorts. They were told no – shorts weren’t permitted under the school’s uniform policy. 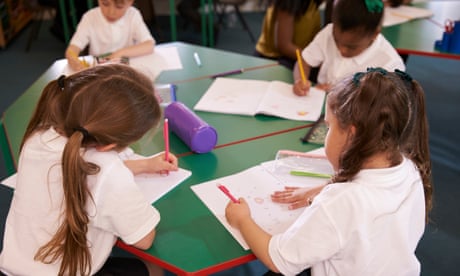 Read more
When they protested that the girls were allowed bare legs, the school – no doubt joking – said the boys were free to wear skirts too if they chose. So on Wednesday, a handful braved the giggles and did so. The scale of the rebellion increased on Thurday, when at least 30 boys opted for the attire.